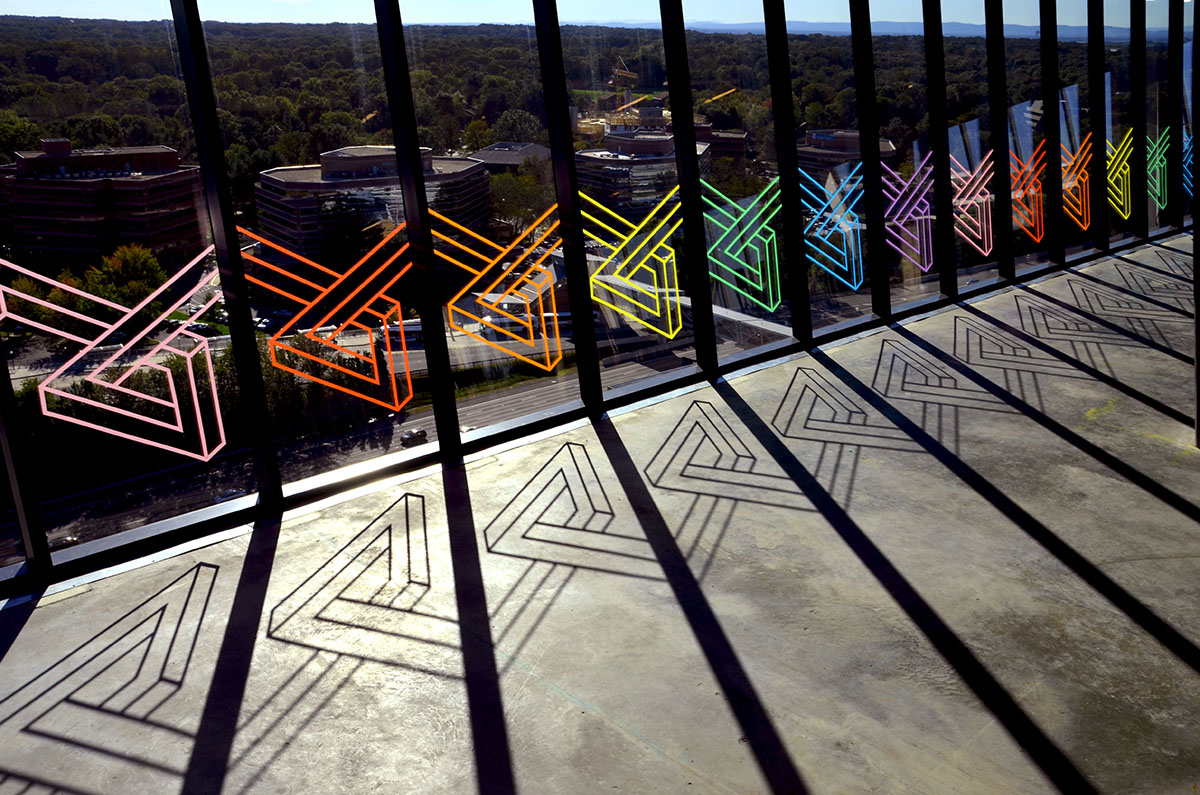 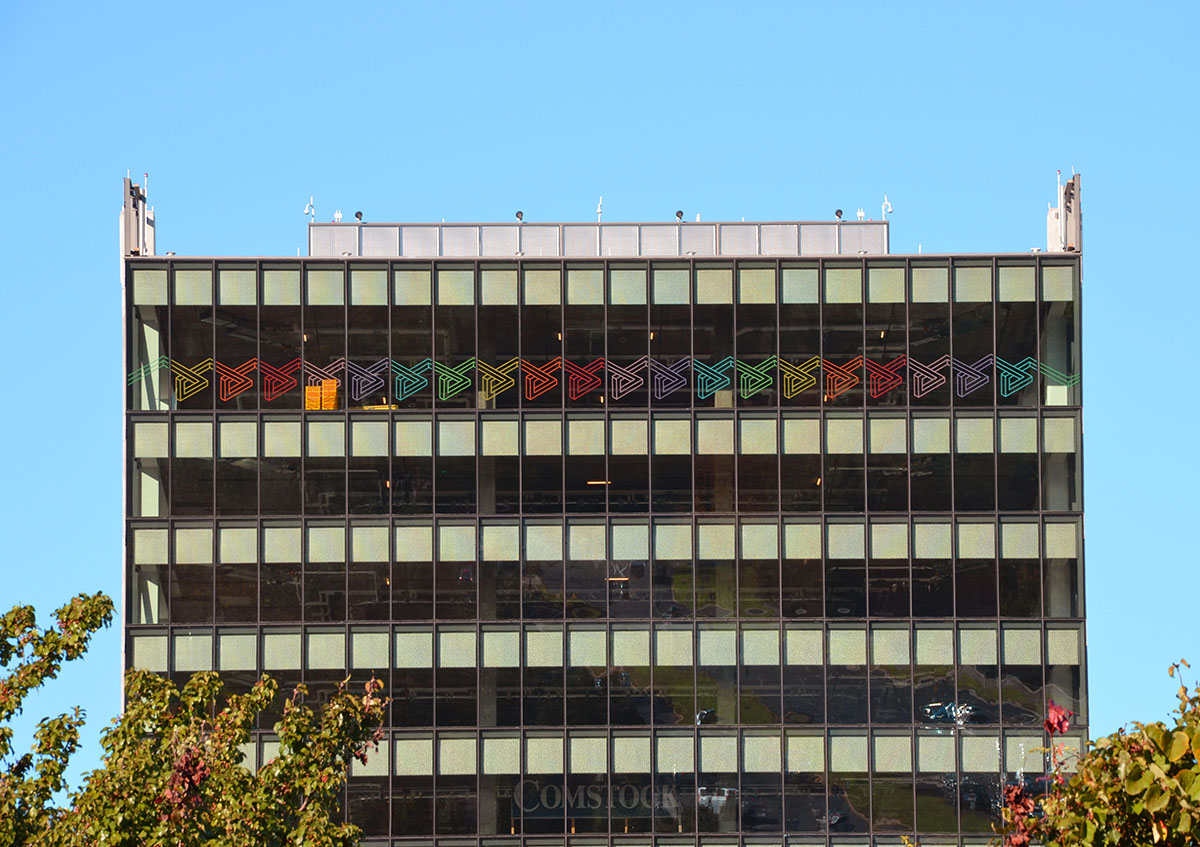 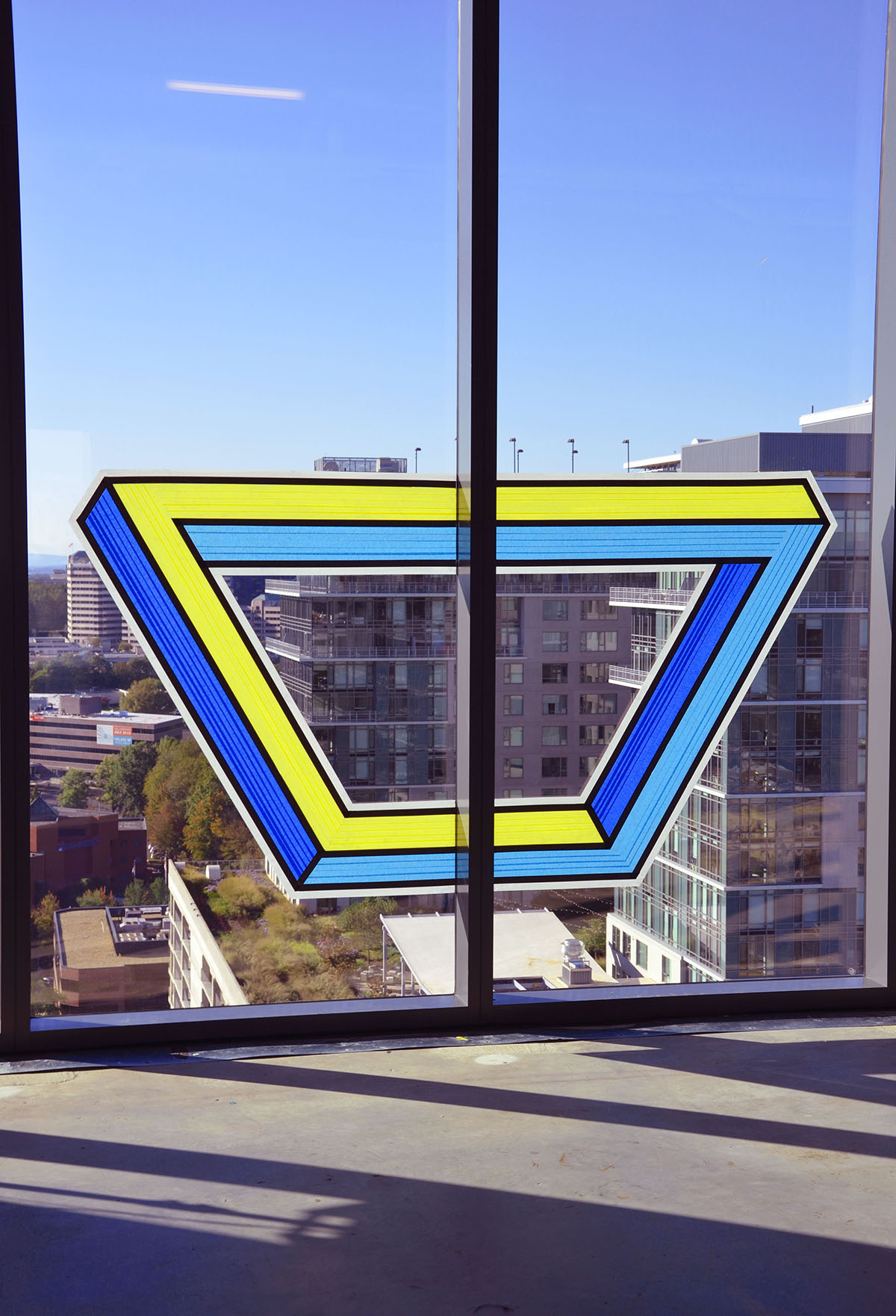 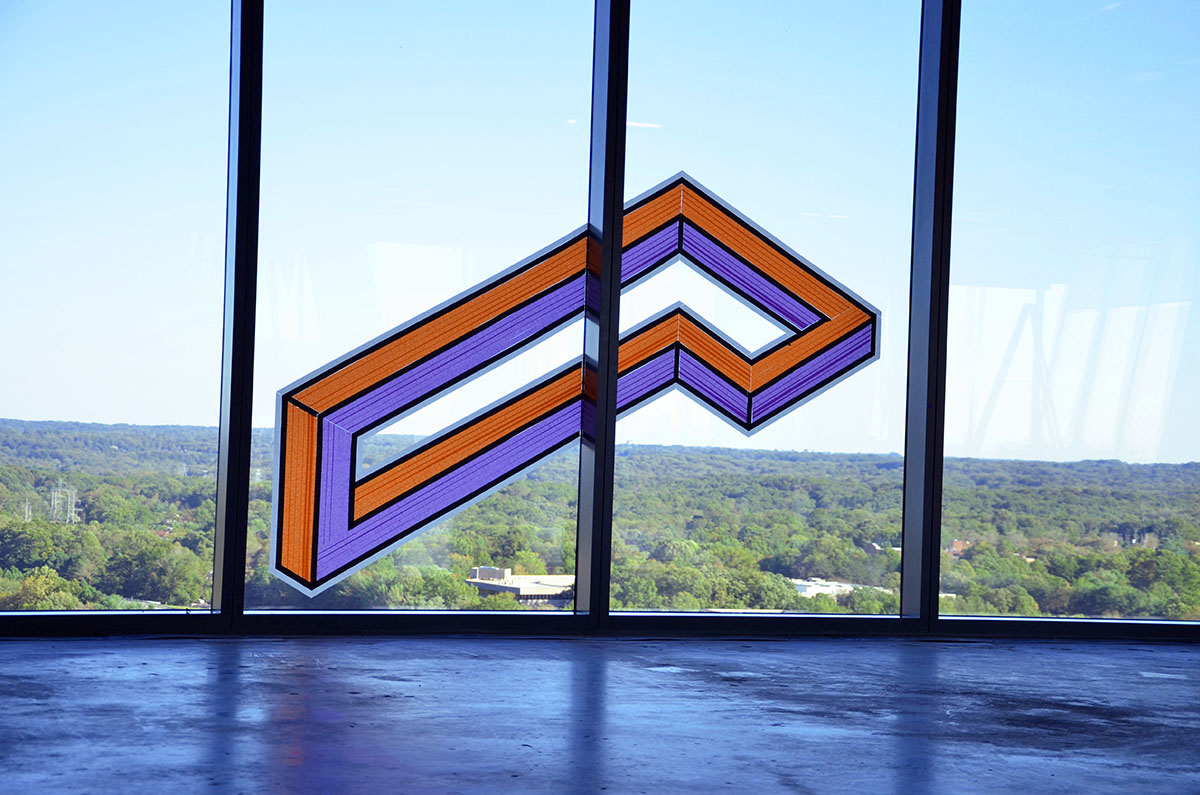 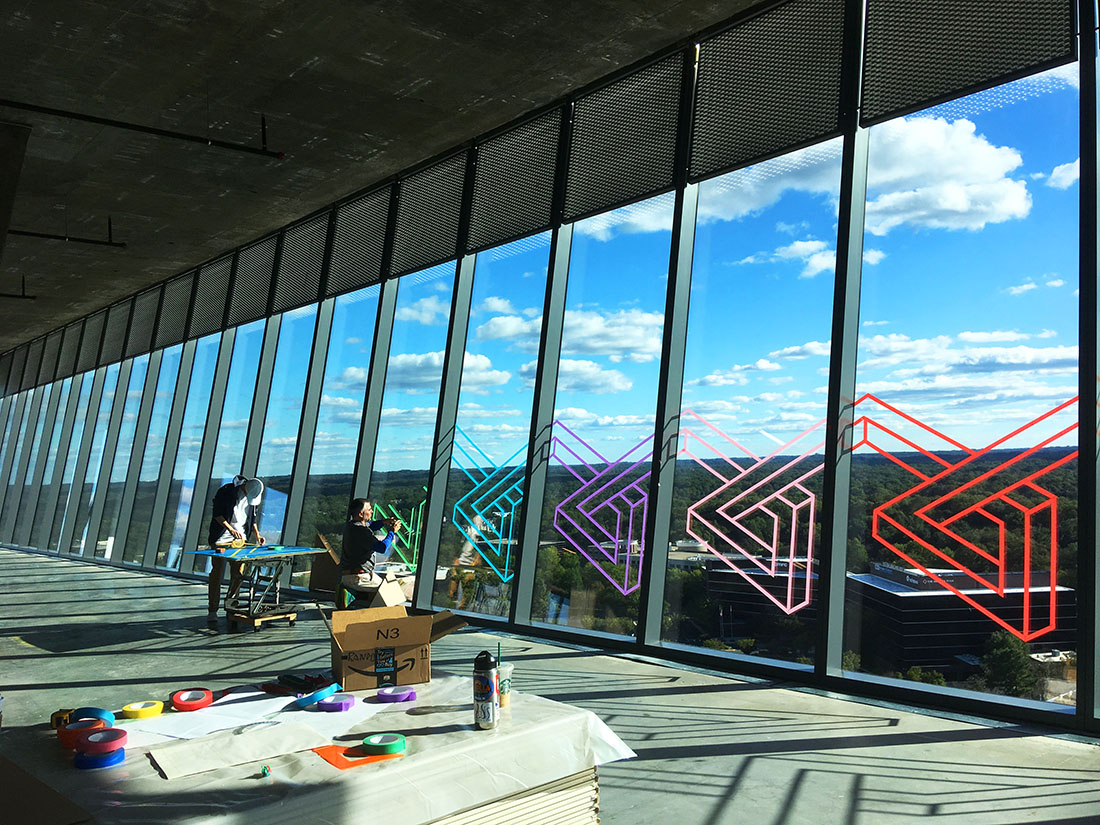 This temporary, site-specific installation conceived by local artist and teacher, Marco Rando, activated the south bank of windows and two lateral panels of the 16th floor of the Jahn Building at Wiehle Reston Station in October, 2018. It was commissioned in conjunction with the Public Art Reston Annual Fundraising Reception to not only be enjoyed by attendees, but also to be visible from the exterior of the building. A continuous, geometric motif repeated across twenty-two framed window panels in a series of rainbow hues and cast a duplicate shadow to activate the interior space while drawing attention to the strict geometries of the modernist architecture.

Statement from the artist:

“The installation design is intended to visually play with the raw space of the Jahn building. The geometric forms are created to be an illusion of a three-dimensional space. At first glance the lines creating polygons are received as correct proportions, but with closer examination, one discovers the optical illusion. The colored lines are intended to enhance the playful and whimsical overall design.

The title of the work is derived from the degrees of a triangle used in geometry and architectural drawings, of course the triangle tool is probably a thing of the past, since digital drawing. However, the triangle/degrees are used to render images in Isometric format, which affords the optimal effect to objects drawn in 3 dimensions. To further the visual dynamics I simply tessellated one geometric configuration. The configuration was inspired by Swedish artist Oscar Reutersvard who created the optical illusion in the Penrose triangle, also known as The Impossible Triangle. While creating the installation it occurred to me and Joshua Jacobs, my assistant, that the basic form I chose to tessellate was that of a trapezoid, which synchronized with the overall shape of the Jahn building –  an inverted Trapezoid. So much of my work happens in my deeper psyche. Ultimately, I approach the creative process through playing with a medium, it’s a meditation that affords a focused state of mind open to spontaneous discoveries.”