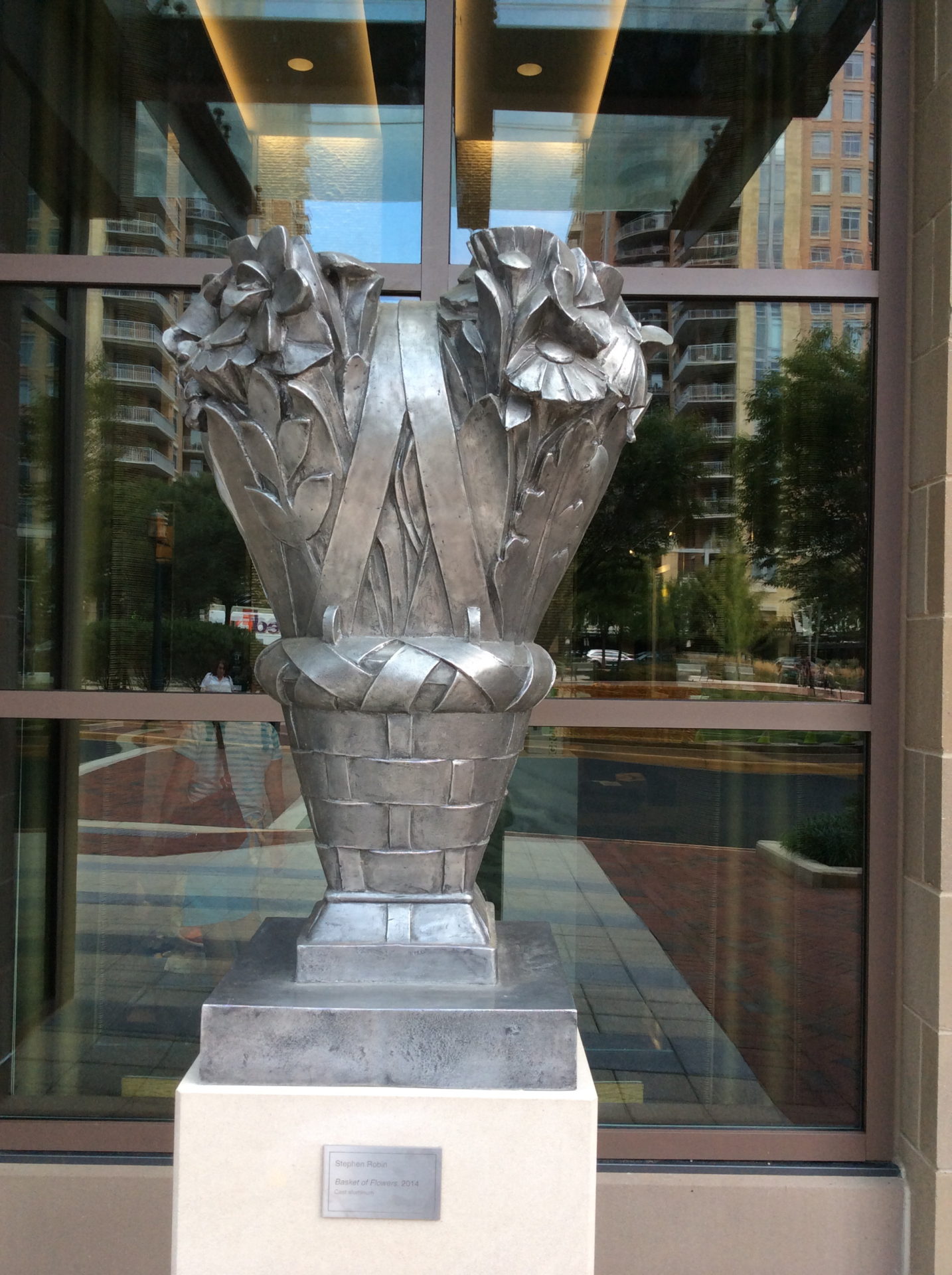 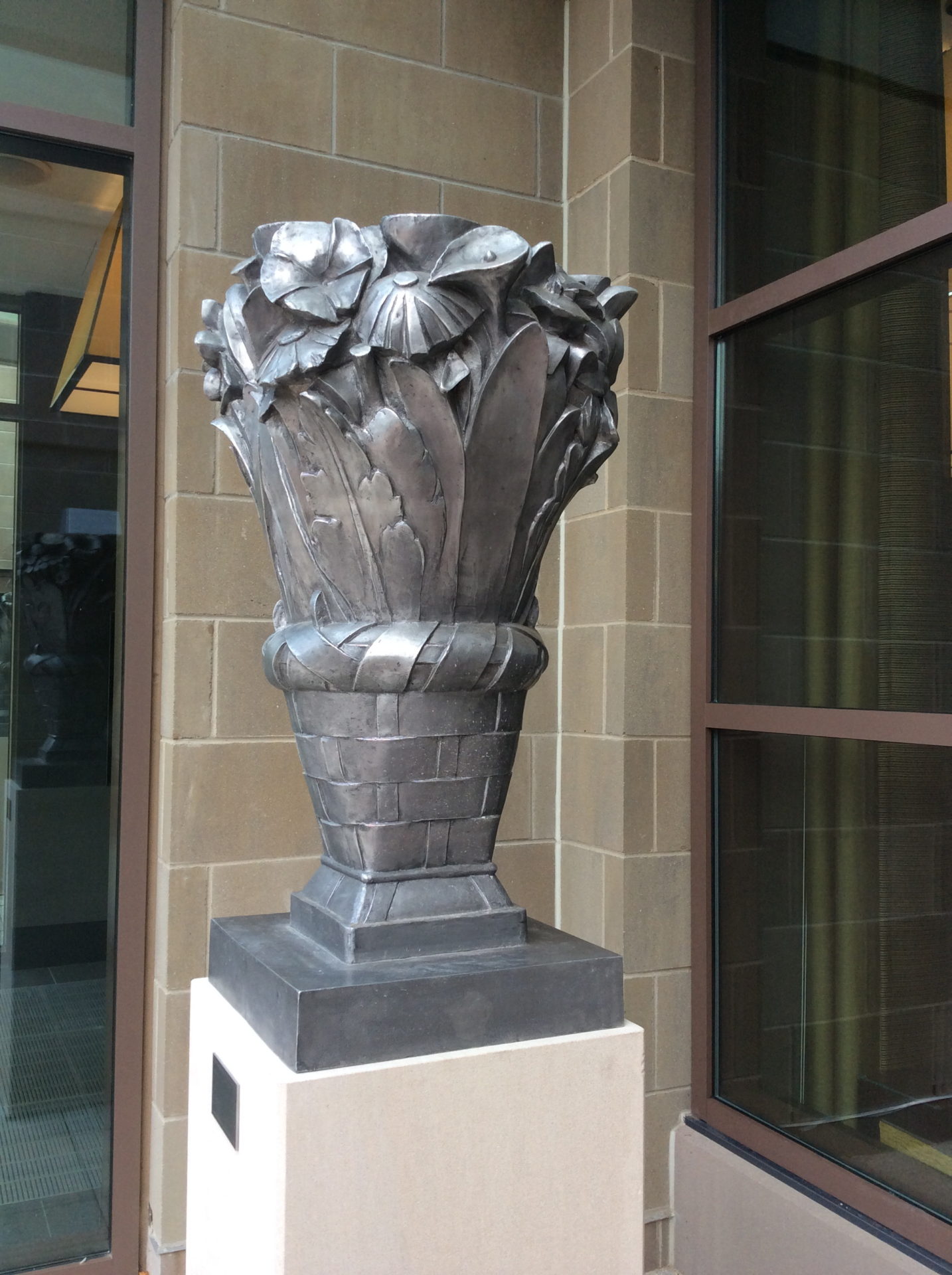 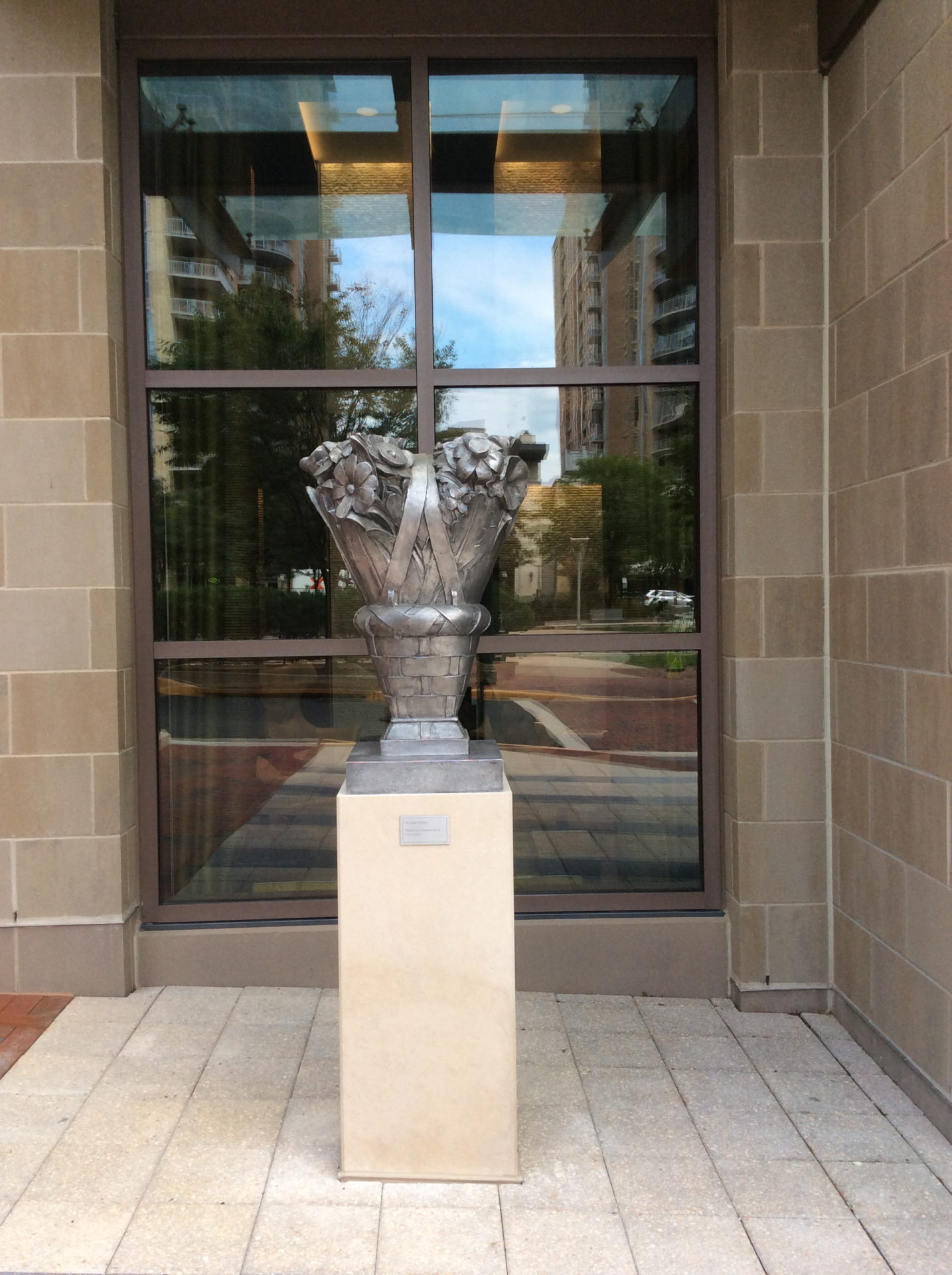 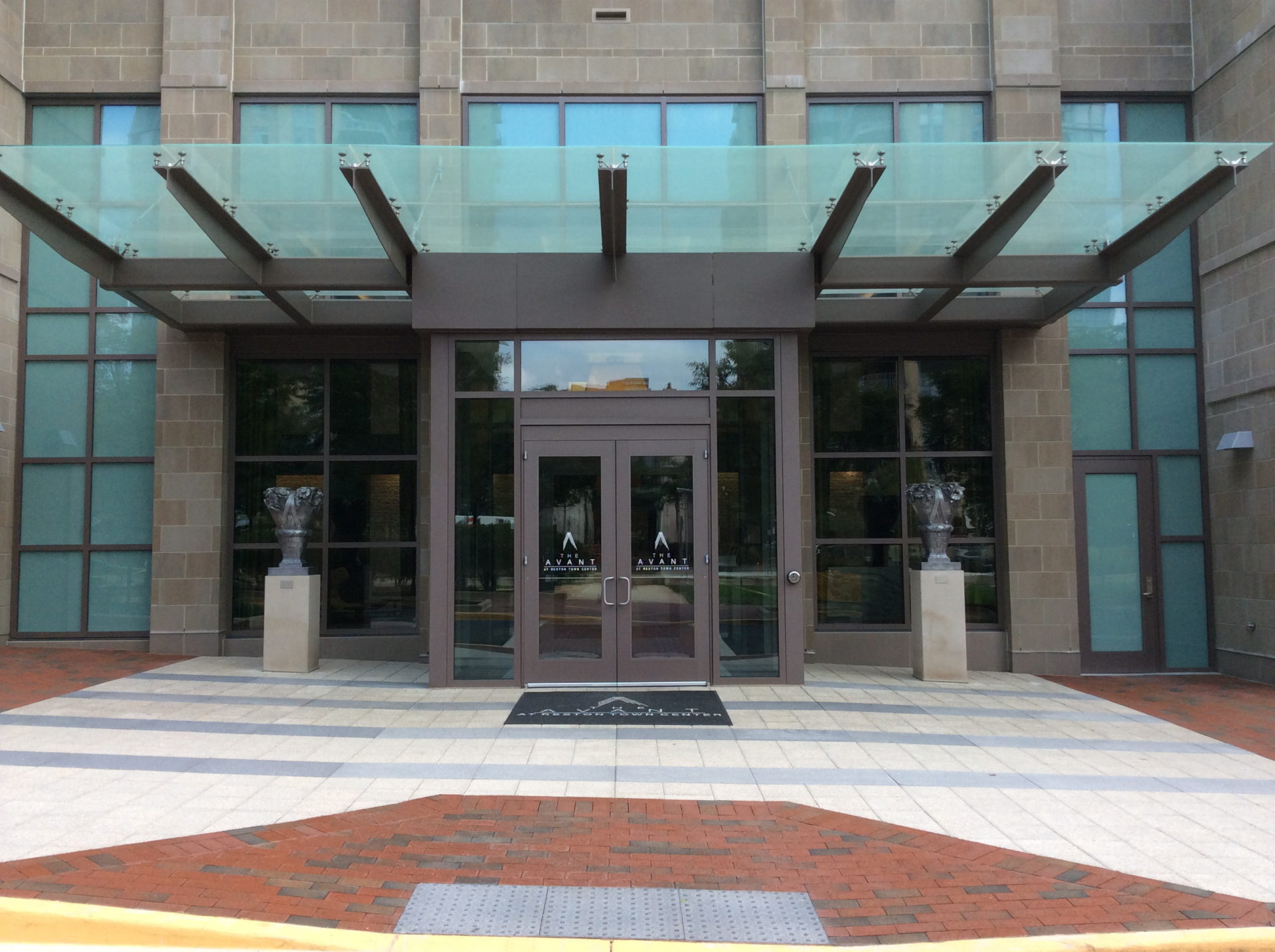 The works of renowned Philadelphia sculptor Stephen Robin can be found throughout the US in prominent public and private collections including the monumental, curving stemmed roses – Federal Triangle Flowers — installed at the the Ronald Reagan Building and International Trade Center in Washington, DC. Robin is trained in the traditional techniques of casting and carving and is known primarily for a large body of work in diverse media including aluminum, stone, cast iron, bronze, and plaster. Basket of Flowers is part of his Garden Series. The shining aluminum pair were originally cast in cement. The forms reflect Robin’s longstanding interest in the history of architecture, and in particular, the kind of ornamental elements found on Beaux-Arts and Art Deco buildings. This pair was purchased by Boston Properties as part of a public art proffer made in conjunction with the development of The Avant apartment building at Reston Town Center.