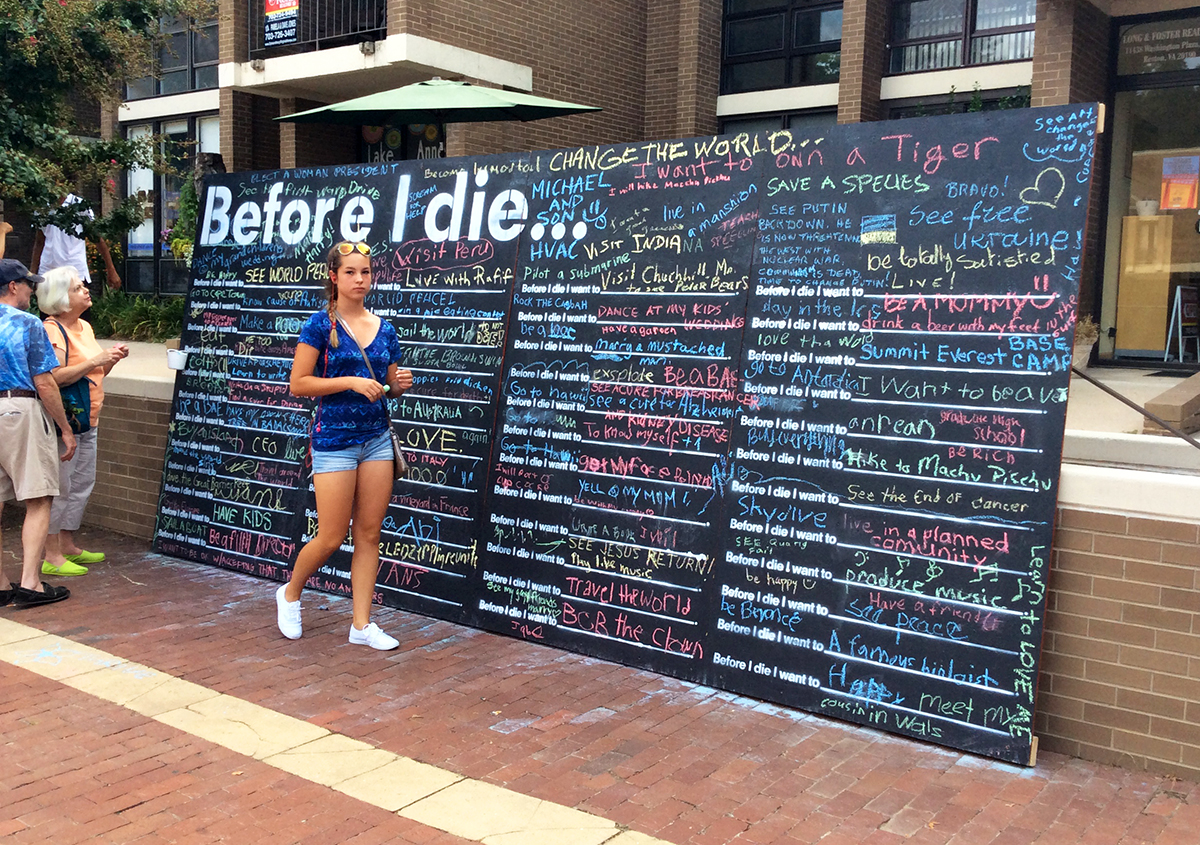 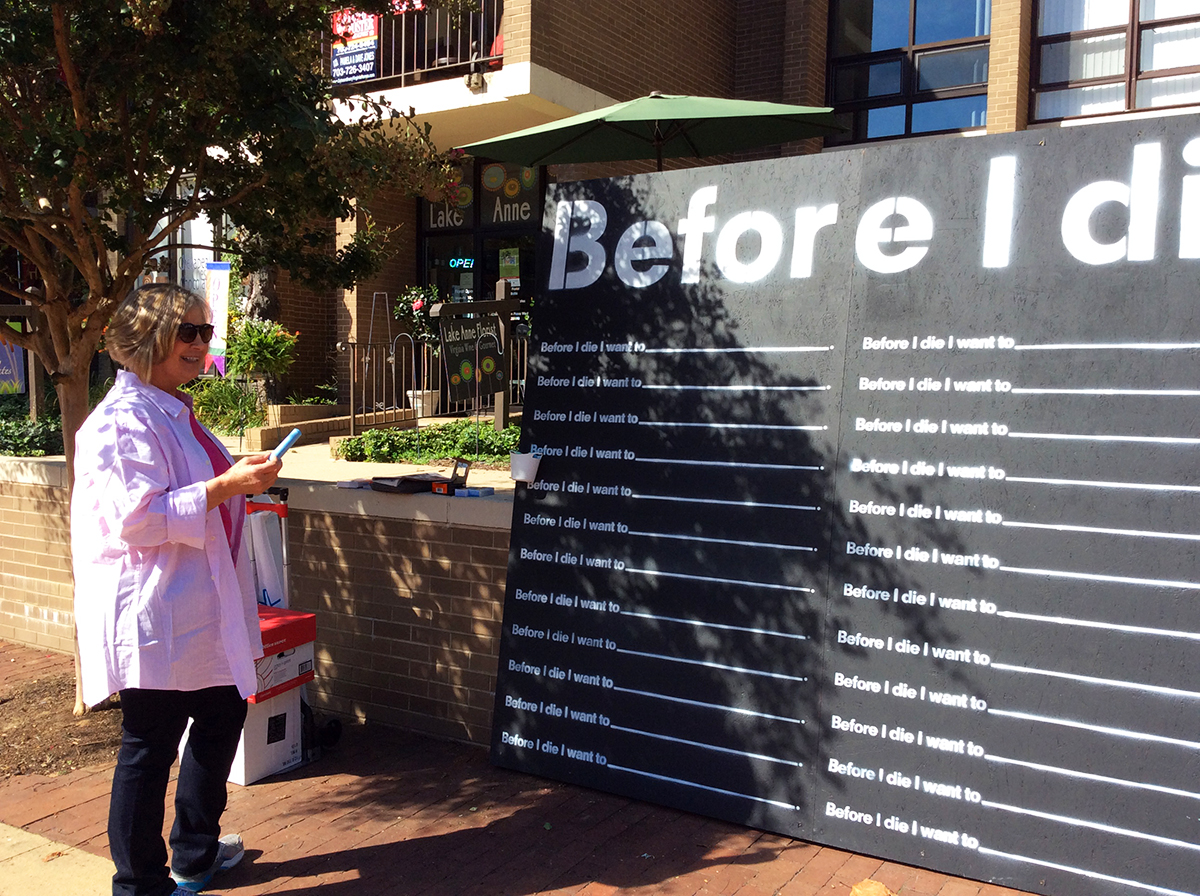 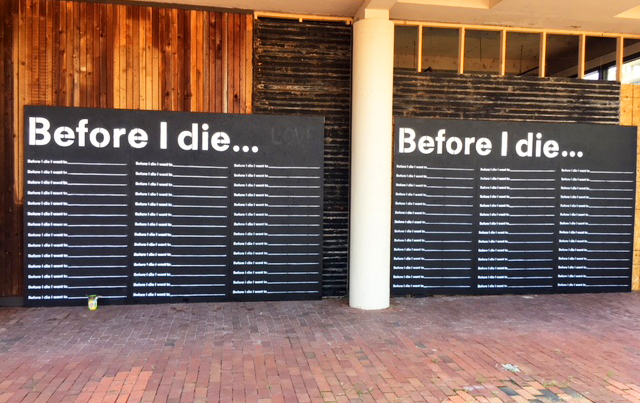 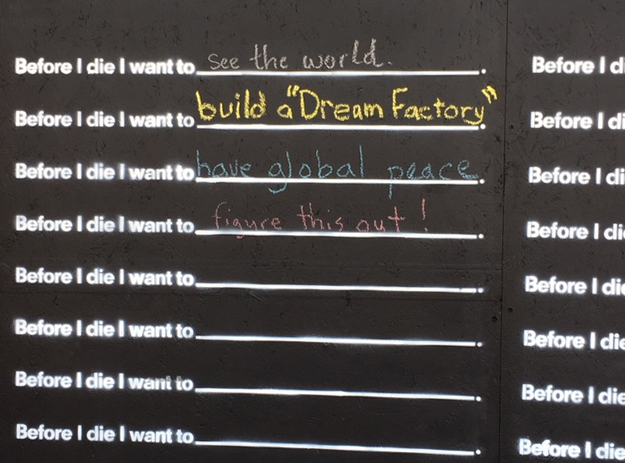 The Before I Die project is a participatory public art project that was initiated in 2011 to invite communities to reflect on life, death, grief, hopes, and aspirations. It began at an abandoned house in New Orleans after artist Candy Chang lost a loved one and in response to her grief painted the side of an abandoned home with chalkboard paint, stenciled the prompt, “Before I die I want to _______” and left the wall with chalk to be filled by passers-by. The next day the whole wall was filled. Subsequently, 2000 walls in 76 countries have been made in 38 languages. They capture the spirit of local communities by revealing the passions, grief, and hopes of its residents and bring perspective to its participants.

Reston’s Before I Die wall was first mounted in August 2014, and again in September 2018, at Lake Anne Village Center during the local Lake Anne Jazz and Blues Festival. Over the course of four weeks community members filled the wall again and again. The project established a place for reflection, hope, and empathy and captured the spirit of the people that make the place.

Before I Die Project