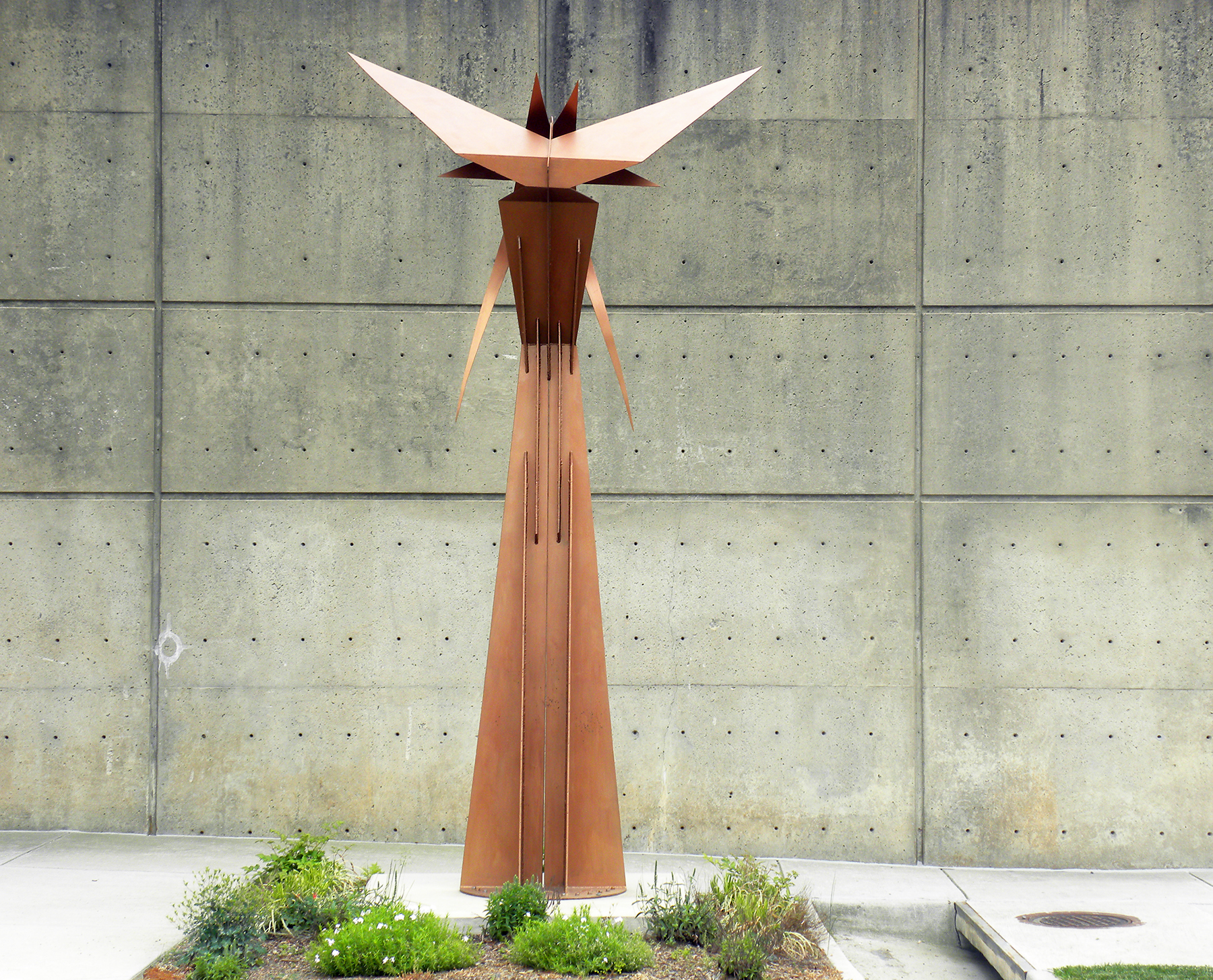 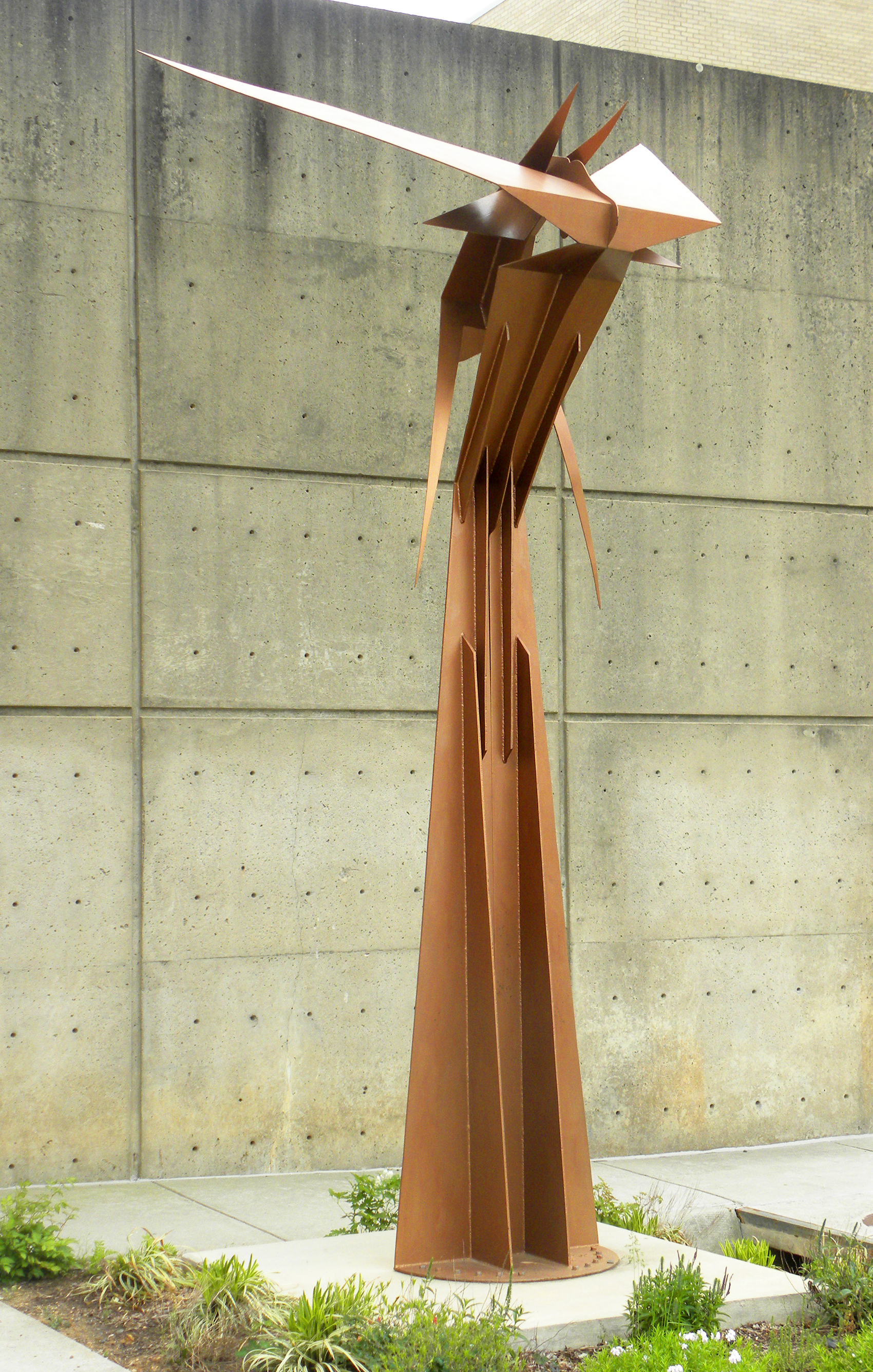 Cadmiosaur is a welded-steel sculpture created by John Parker during an art residency in Reston in 1990. The work was originally painted in red and according to the artist the title refers to a “big red beast” and evokes the size, shape, color, and weight of a fanciful, prehistoric creature. The ideas and inspiration for this and his other work for Reston, Restosauria, come from a lifelong fascination with dinosaurs and nature along with Parker’s extensive insect collection that he gathered while growing up in Grand Rapids, Michigan. Parker states, “I have combined nature with steel, in giving heavy industrial materials a living, animated presence.” The process of creating both Cadmiosaur and Restosauria began with several sketches and small prototype models. The sculptures are constructed with burnished steel components that are welded together and sandblasted to a paintable finish. Parker wants his work to be enjoyed by the community in Reston and believes that, “Art is not an instant snapshot, it is meant to be lived with and experienced.  The importance of outdoor sculpture is that one does not have to go to a museum to experience it.”