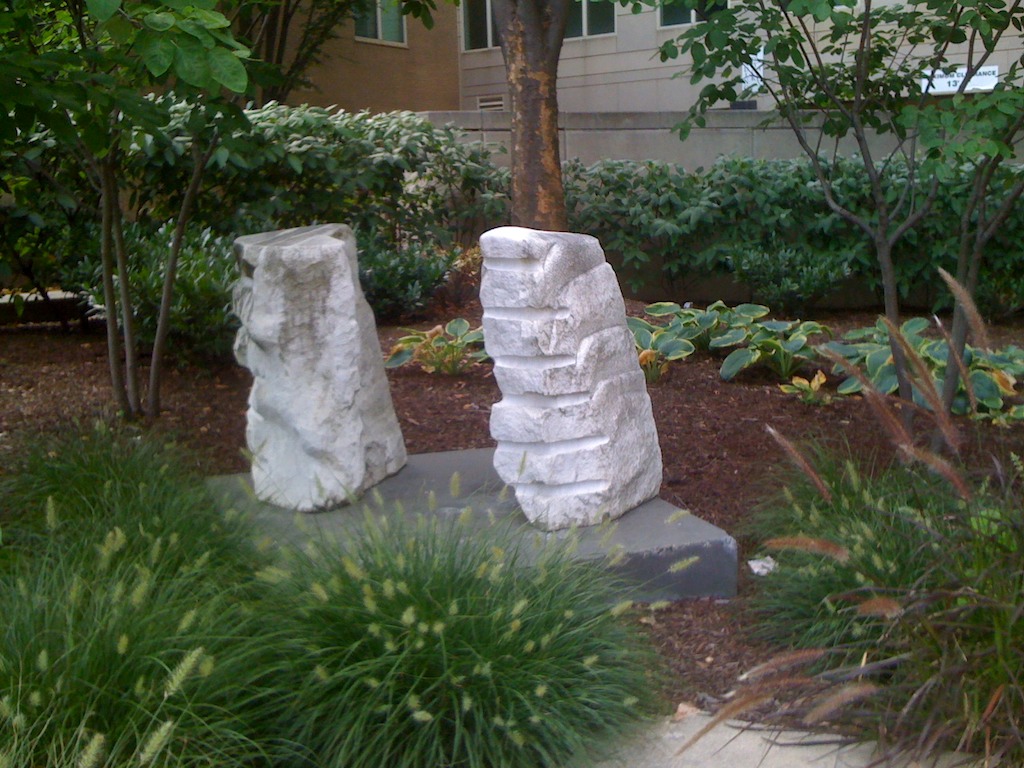 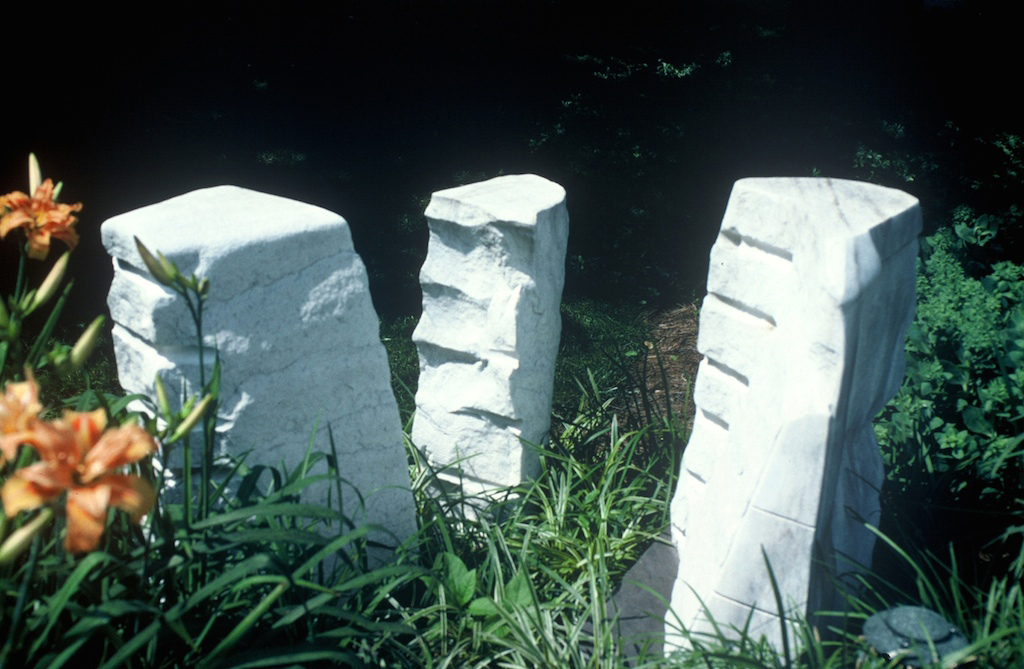 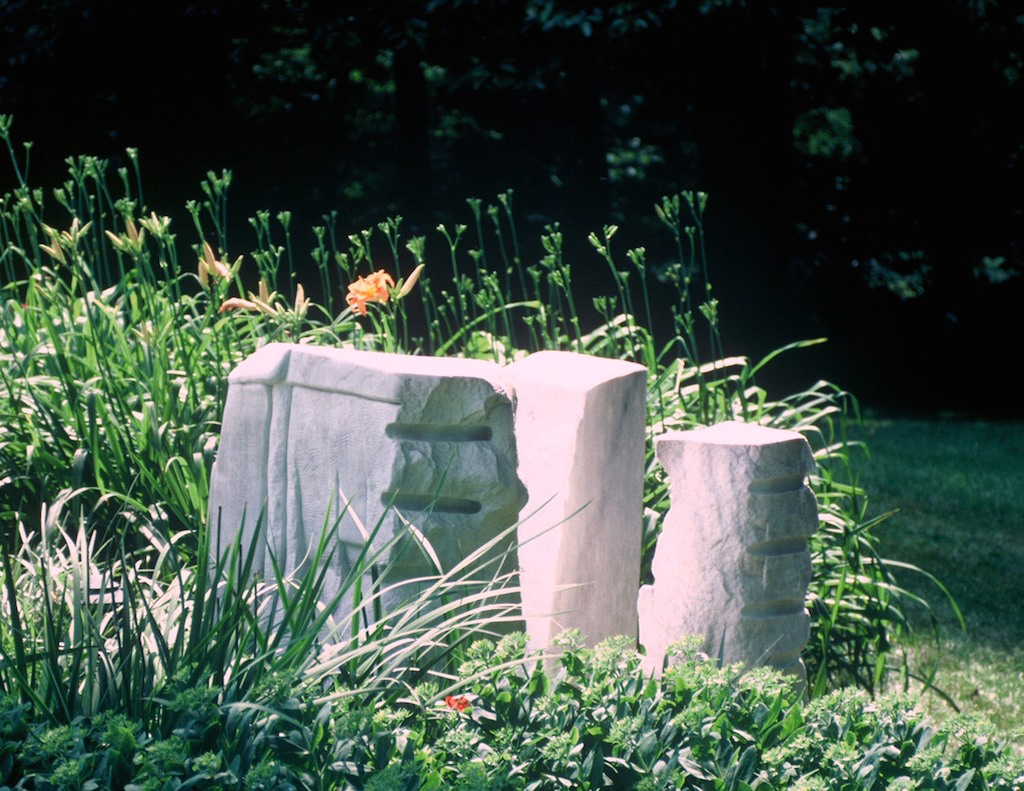 Once located in a small garden along Freedom Drive, this abstract work of rough-hewn, carved marble blocks originally consisted of three sections. Compound Wave was the first large-scale sculpture realized by Noto and begun while he was still in his MFA program at the University of Maryland. The artist cut the pieces from a twenty-ton block of white marble and formed them into an irregularly shaped grouping. In 1996 Noto moved the work to Reston Town Center and installed it on a cement pedestal in front of the former location of the Greater Reston Arts Center. The artwork was removed by Reston Town Center in 2018.