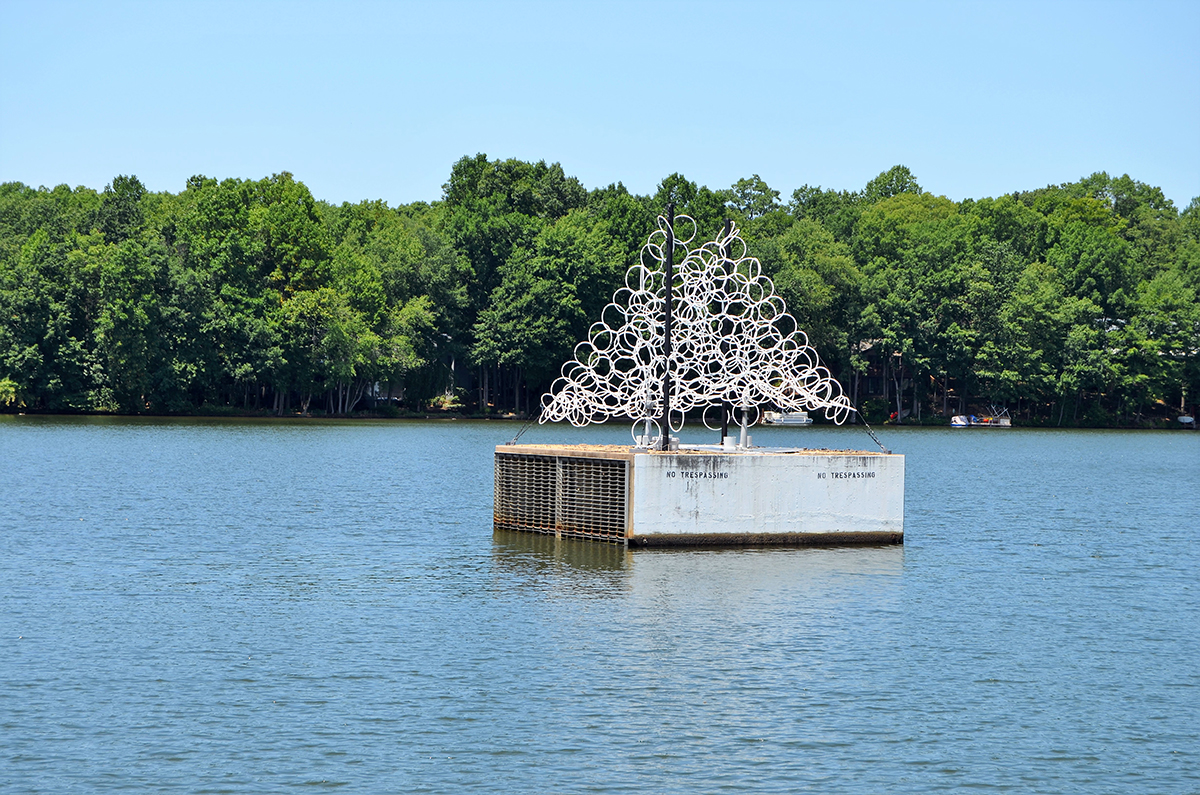 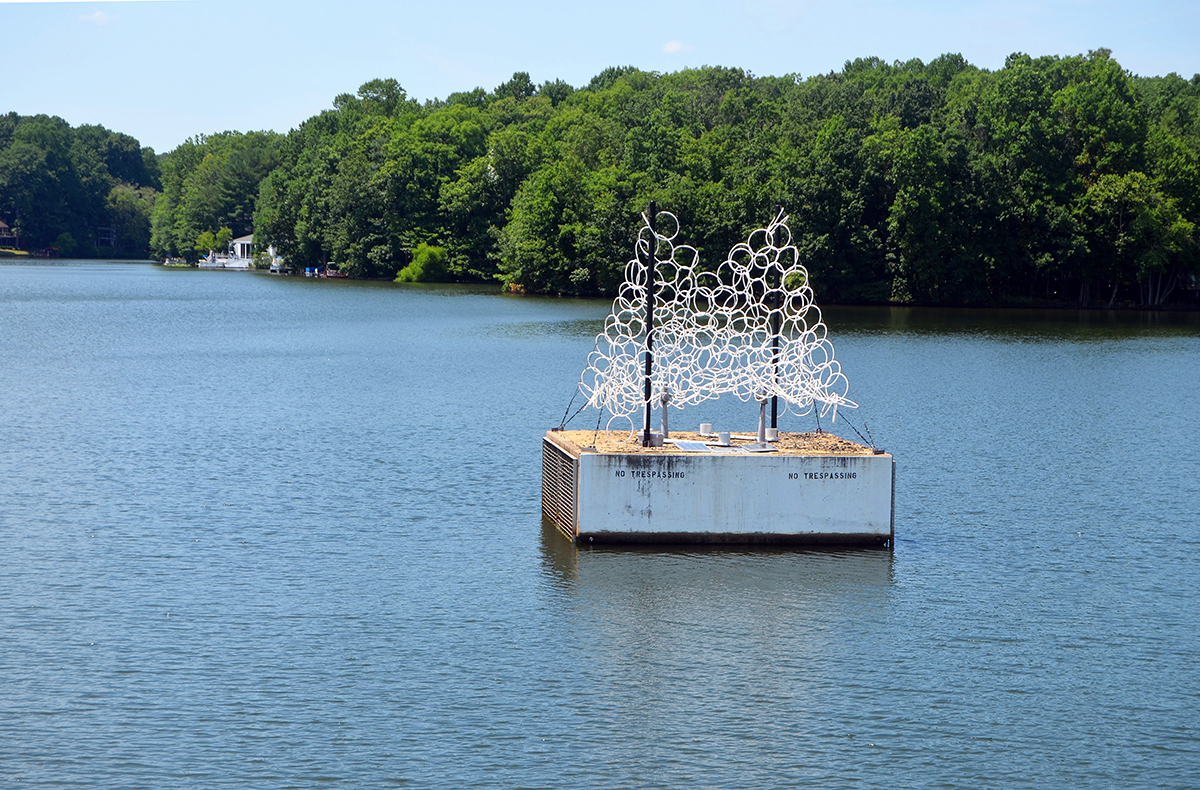 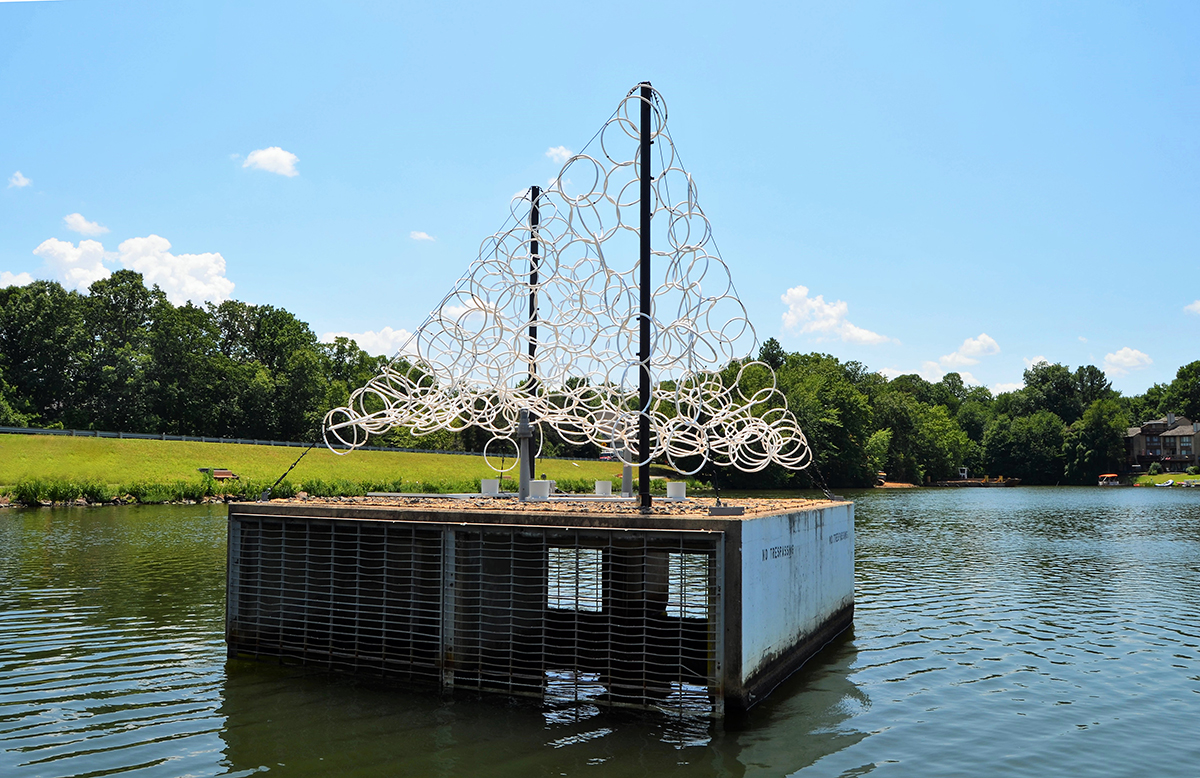 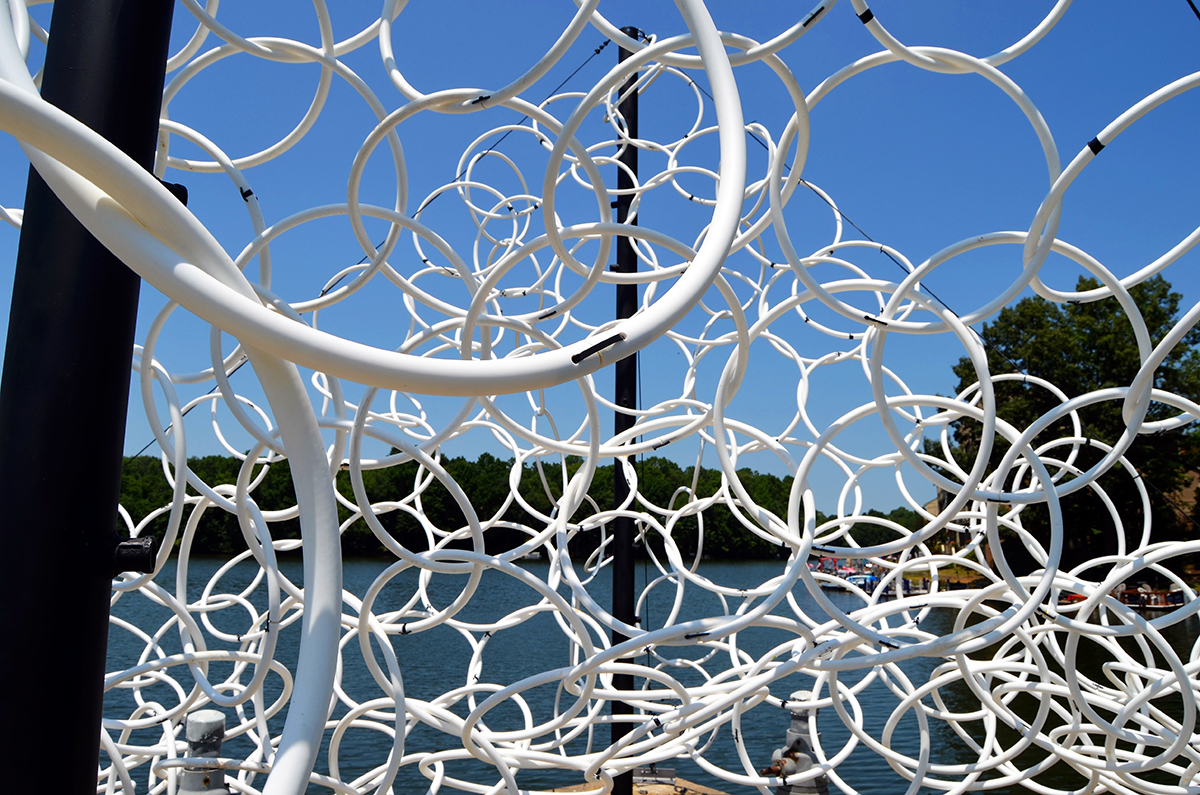 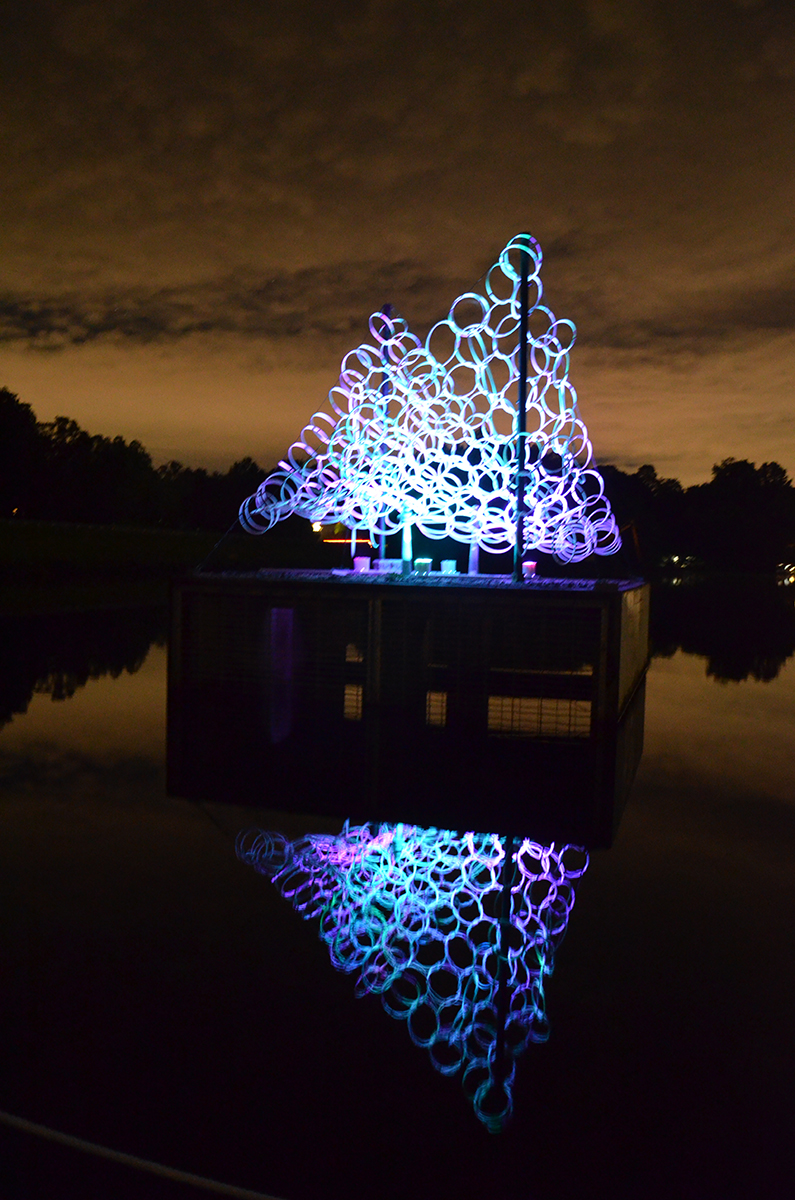 Connie’s Quilt, is made from rings of white tubing strung together to create an organic and kinetic sculpture suspended over the lake. The artwork, comprised of many parts, is representative of our societal fabric and the importance of connectivity between people. Connie’s Quilt sets out to dispel the myth of the “self-made man” and identify the reality that nobody gets where they are without support from family and friends. Interdependence is crucial to the survival and prosperity of any community, which is represented by the supportive and holistic nature of the rings. The rings of this artwork represent how every individual is connected, even the rings not part of the main sheet that dangle by the grasp of other rings belong to the whole.

This project was realized under the guidance of Marco Rando, South Lakes High School Photo/Art/Design Teacher. Special thanks to James Pan, David and Mary Prochnow, and Gaetano Rando Ling – Design Engineer with IDEO.

About the Lake Thoreau Spillway Project:

Connie’s Quilt was the fifth temporary installation for the Lake Thoreau spillway realized by students at South Lakes High School (SLHS) through the STEAM Team after school program. Lake Thoreau resident James Pan approached Reston Association (RA) in 2012 with the idea of involving SLHS students in transforming the unattractive, concrete spillway platform into a work of art. Through this initial financial support, RA partnered with Public Art Reston to support SLHS art teacher, Marco Rando who leads the STEAM Team after school program. Over the course of a school year STEAM Team members gain real world experience in all aspects of the design, development and construction of a work of art through a professional public art process.   STEAM Team members create design concepts and present them to the Public Art Reston Public Art Committee and the RA Design Review Board for final approval. The final design is tested for durability and constructed by students at the high school where it is disassembled and then reinstalled on the spillway by RA staff for all community members to engage with over the course of the installation.