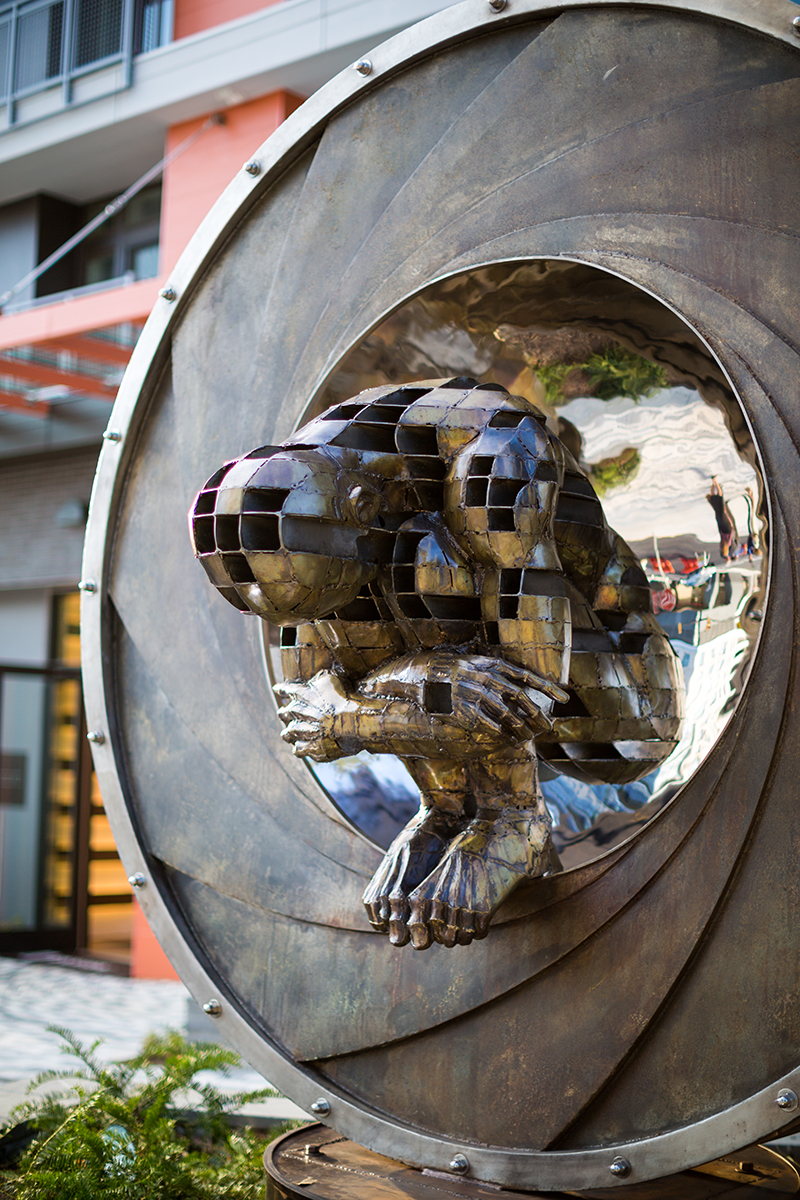 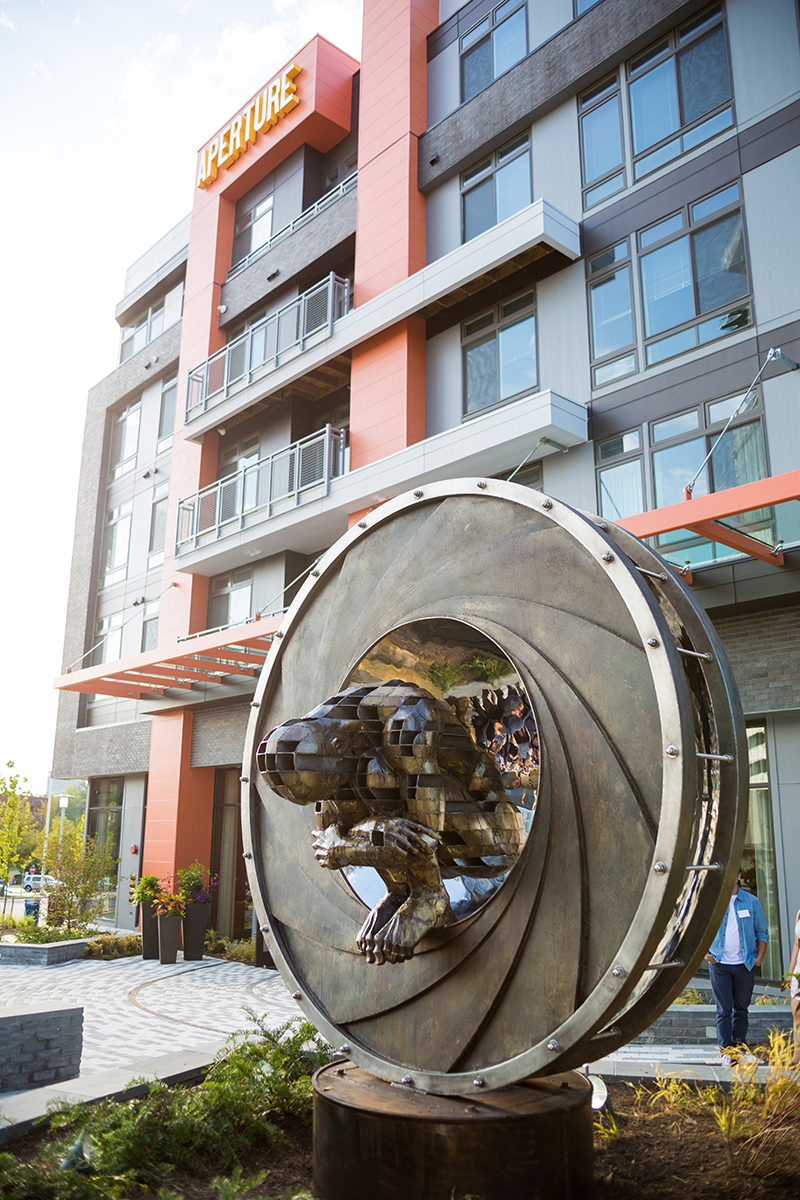 Zachary Oxman is a native of Reston and Convergence marks the second of his artworks to take up residence in the community. The first, Untold Stories (2004), depicts Reston’s founder Robert E. Simon, Jr. and overlooks Lake Anne Plaza.

Oxman first conceived of Convergence years before beginning the time-intensive sculpture, the idea sitting in the back of his mind while he was busy with commissions. Oxman describes his sculptural works as “allegories,” illustrating emotions and intangible impulses through story. Convergence uses the metaphor of a camera for the convergence of the intangible becoming tangible, the idea or inspiration becoming reality and perfectly suits the vision for Aperture where it is installed. The aperture of the lens reveals a crouching figure while the highly polished steel dome back of the sculpture reflects the building or anyone standing in front of it.

The birth of a thought; the precarious edge that separates the intangible from tangible.

Like the shutter of a camera snatching a moment and giving it life.

Celebrating the duality of the moment of commitment; so fragile as it waits to become, and so strong it may be as it tips to reality.

Read more about the project on Reston Now.