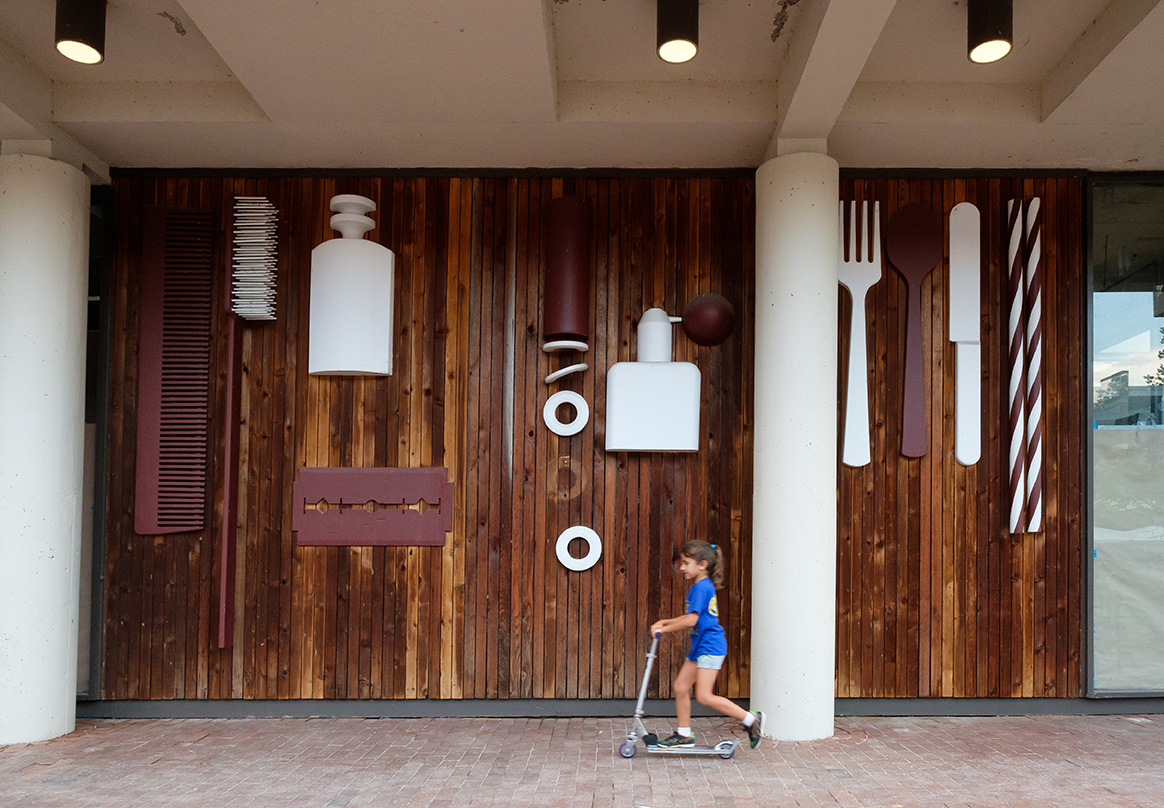 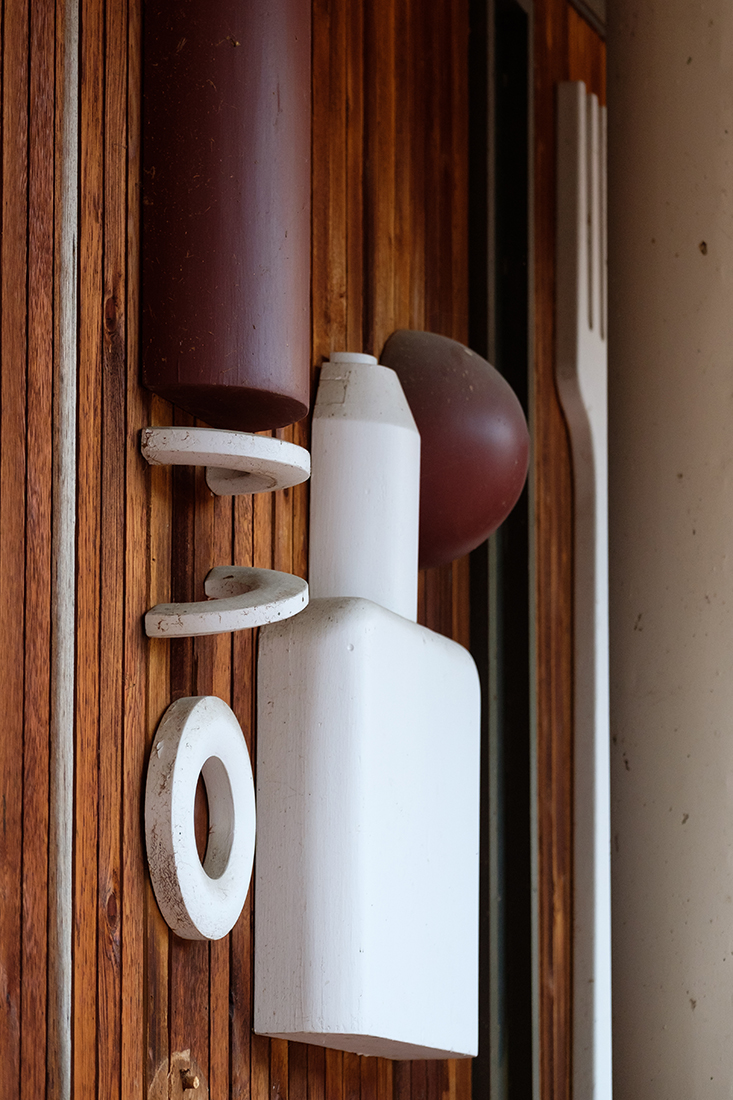 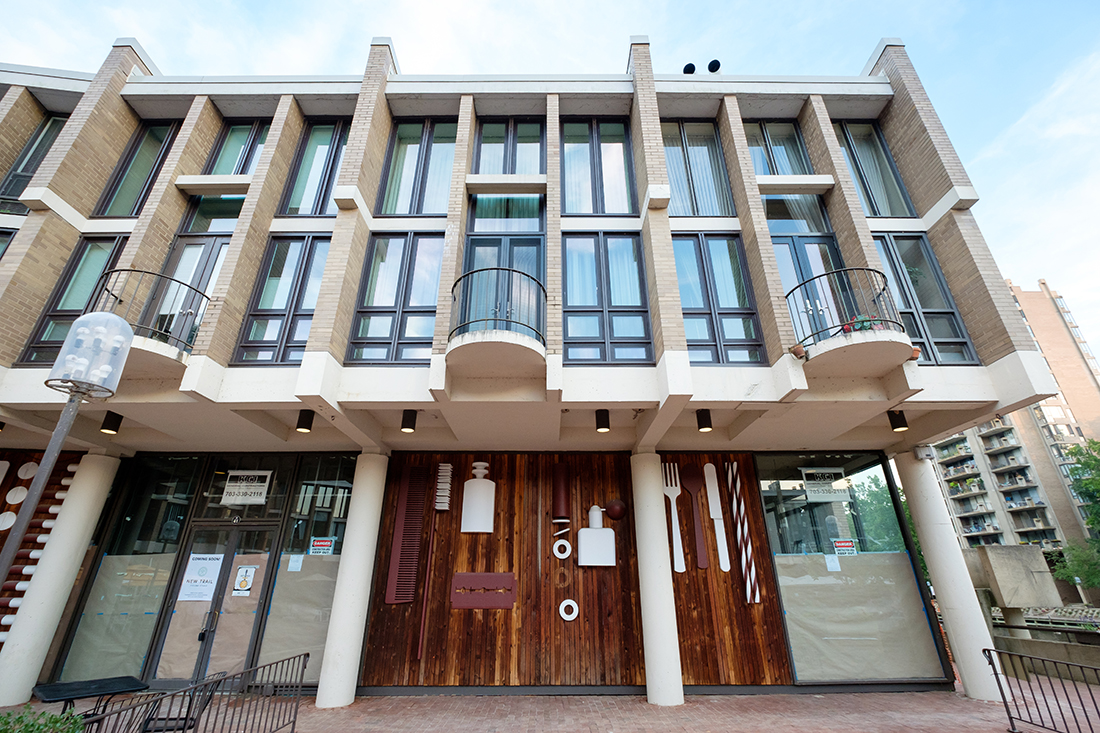 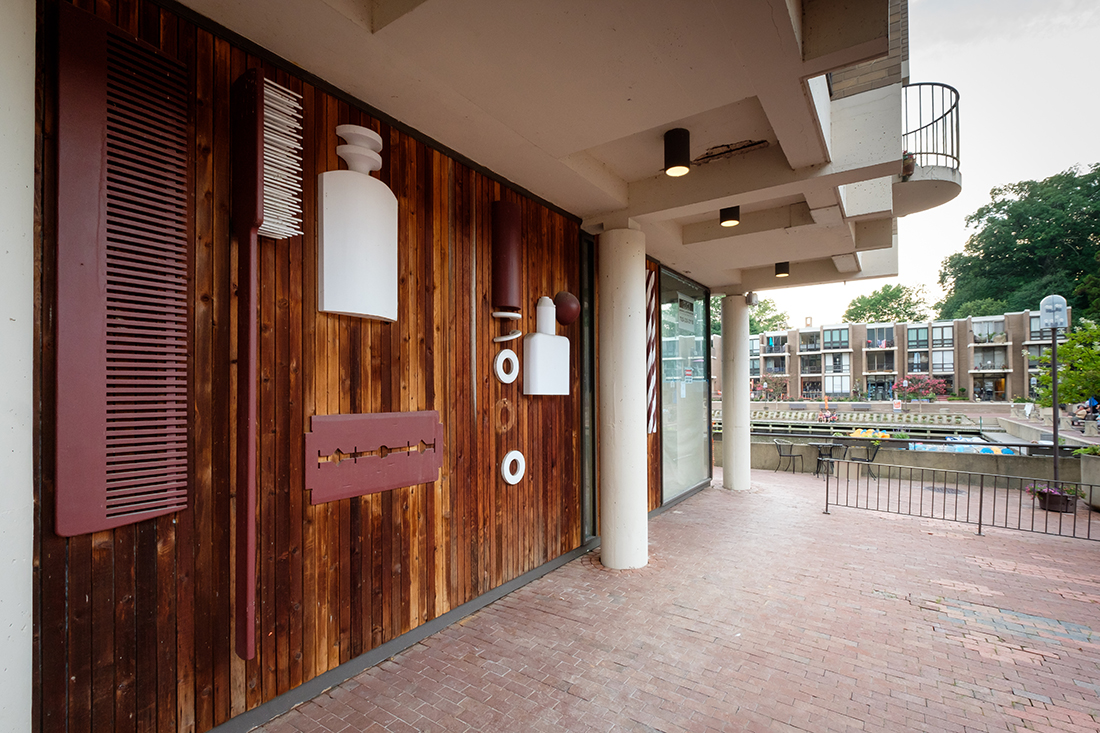 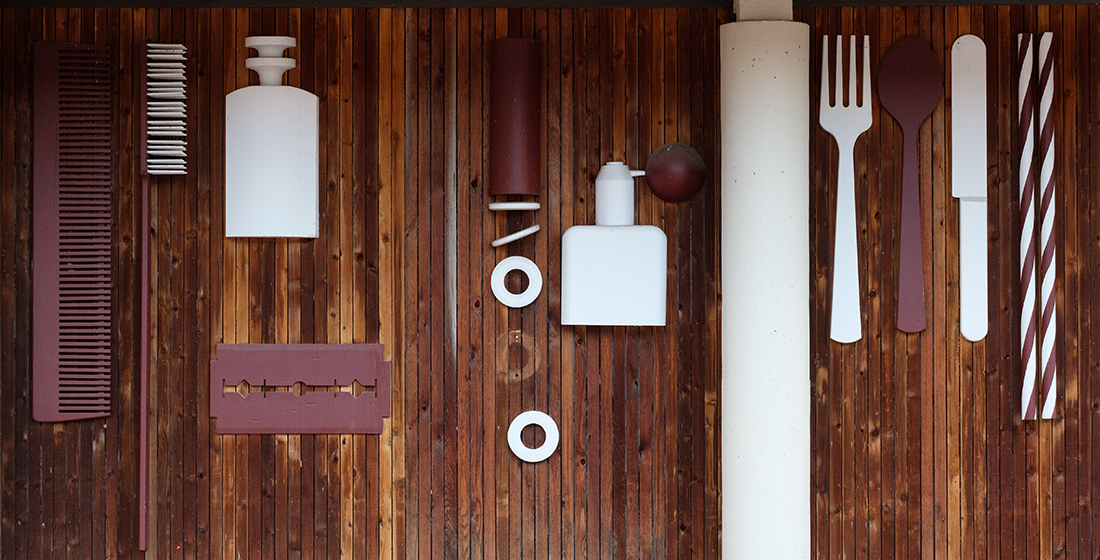 This collection of decorative pieces hung on the façade of the Lakeside Pharmacy, one of the original businesses that occupied the ground level shops at Lake Anne Village Center.  They were among an ensemble of playful and evocative sculptural signage commissioned by Wittlesey and Conklin from renowned New York graphic design firm Geismar and Chermayeff to visually unify the storefronts around the plaza crescent. These larger than life everyday objects reflect a 1960s Pop Art aesthetic that ideally suited the modern, mid-century design of the architecture and plan conceived by James Rossant and William Conklin for the first village center Reston.

The Decorative Icons were removed in 2017 and restored with the support of donors by the Reston Historic Trust and Museum. They have been restored, repainted and permanently installed in a special display along the wall of the breezeway leading out of the plaza.

Owned by Reston Historic Trust and Museum (as of July 2018)