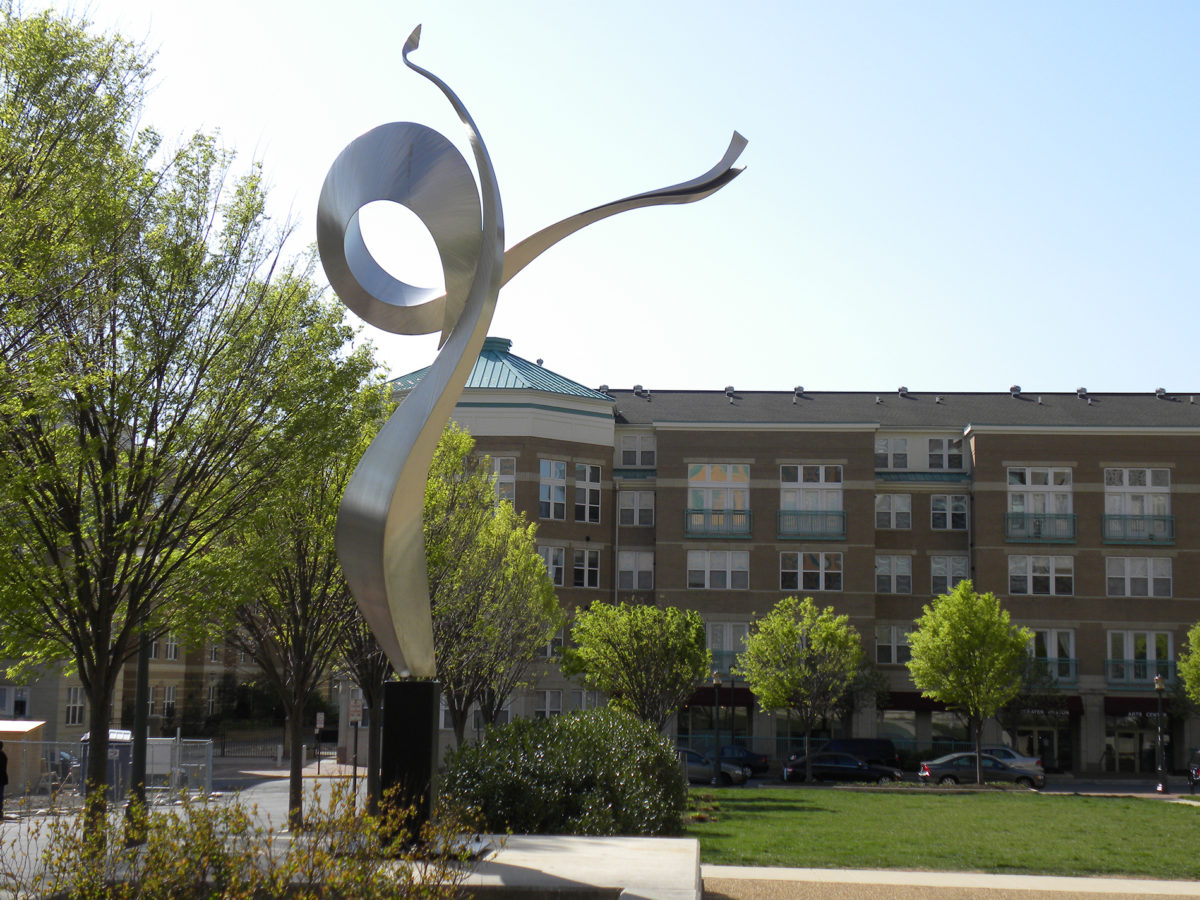 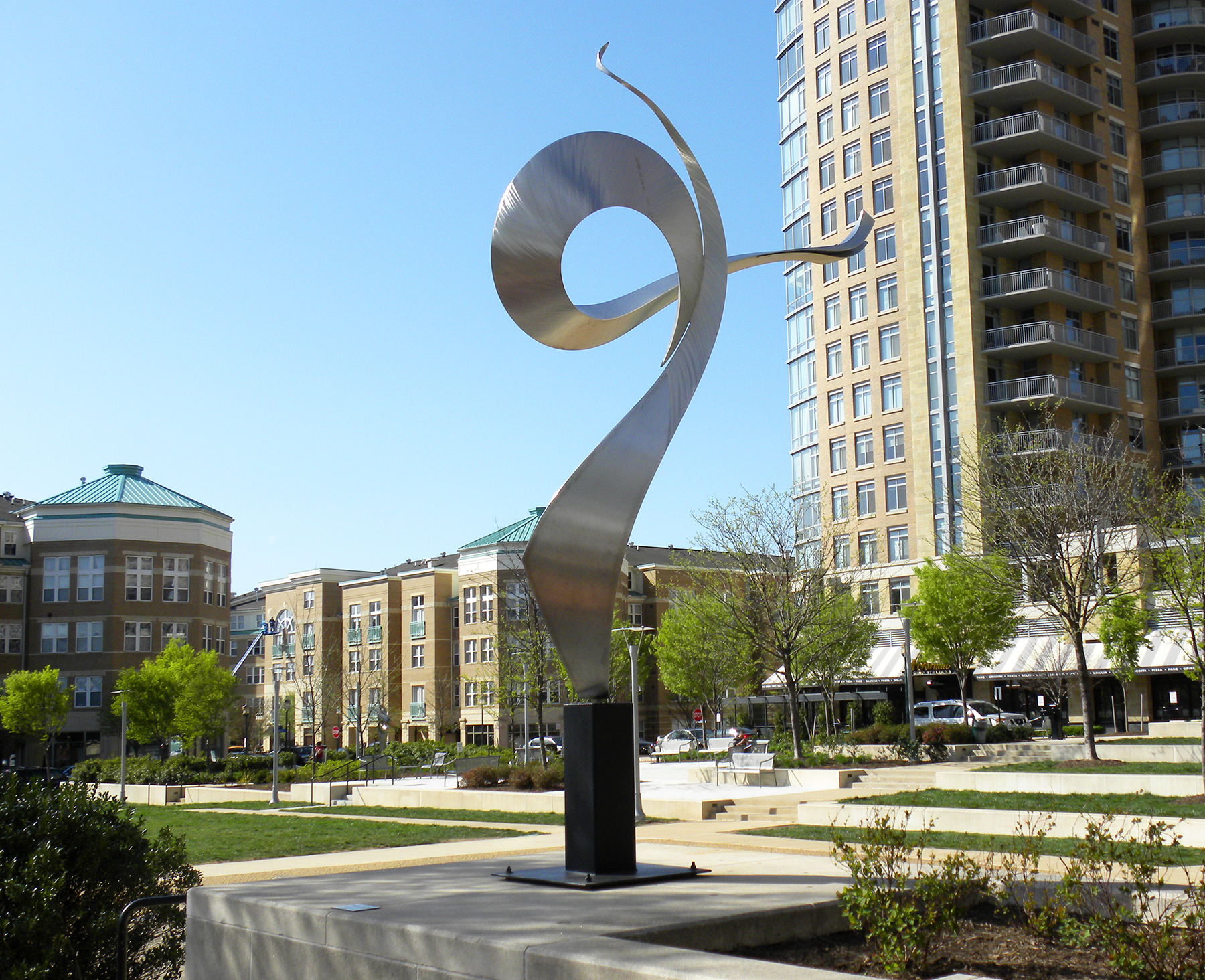 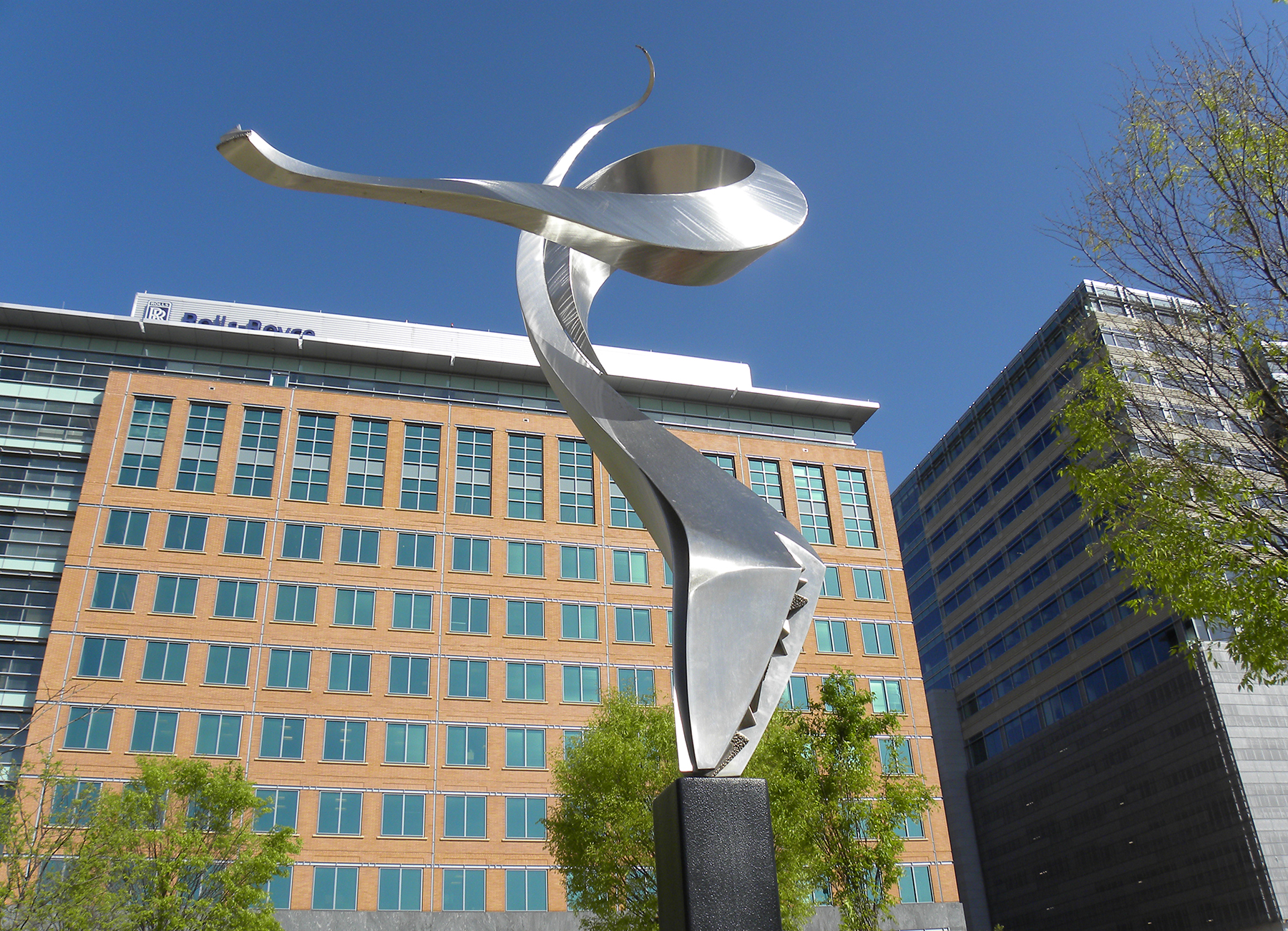 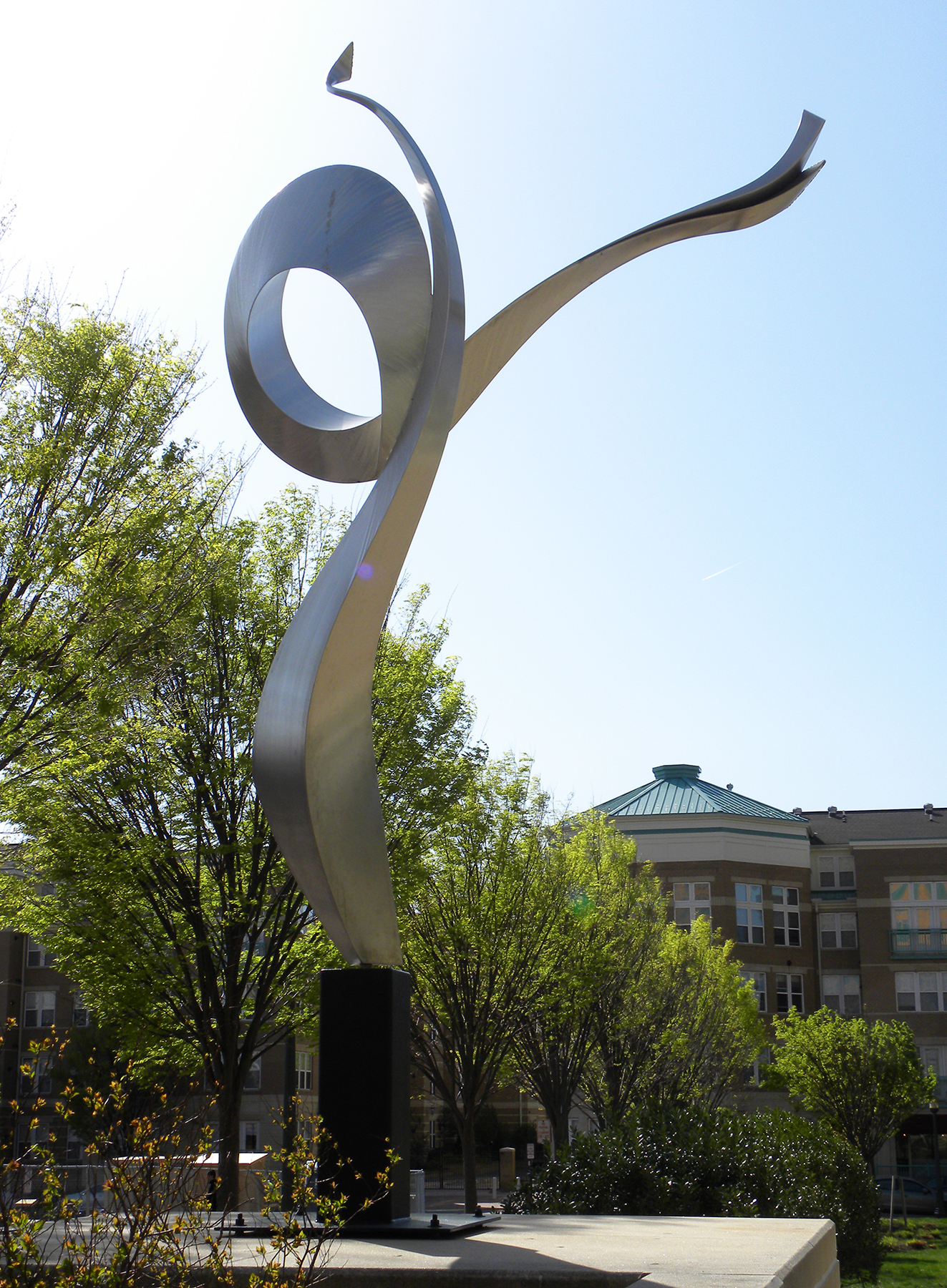 As a sculptor, Dennis Heimbach has poured his expression and expertise into an amalgam of style. This devotion has added a fourth dimension to his work: faith. “Faith in the viewer to find something in the work that impacts them deeply and unforgettably. And that is the nature of art.” This piece first came to Reston in 2006 during the Northern Virginias Fine Arts Festival, and in 2007, it found a home in Reston Town Square Park, thanks to a joint purchase between Kettler and the Reston Town Center Association (RTCA). After purchase, this piece was donated to the Reston Urban Core Association (RUCA).  Heimbach’s piece stands tall next to the spray jet fountain in Reston Town Square Park, and provides an attractive focal point in front of the seating area. Heimbach’s piece has motion and hints at elements of speed, as though the piece continues into space where the artist left off.  Its whimsical curves bring a new aesthetic to the park, and complement the Daniel Goldstein piece across the park and to the right.