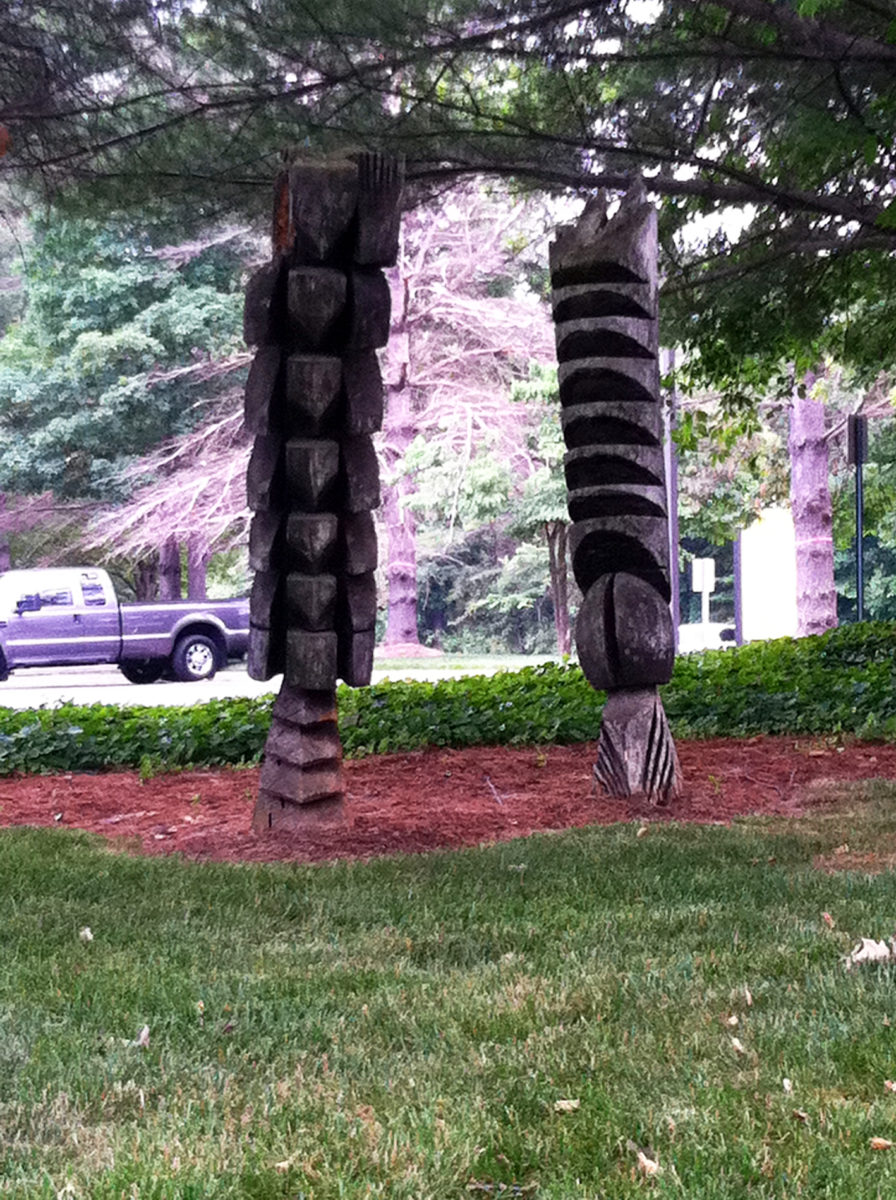 The grounds of the Parkridge Center office park provided the setting for several works of public art during an extended installation that began in 1991 when Walker and Company, with the collaboration of the Greater Reston Arts Center, sponsored an exhibition of outdoor sculpture that was on view from August 1991 to June 1992. Numerous sculptures remained on view for many years including Invocation by internationally renowned, Toronto-based sculptor Peter Nicapetre.  The work comprises three abstract, totemic wooden forms that were influenced by the early 20th century modernist artist Constantin Brancusi. Invocation was removed in the fall of 2014.