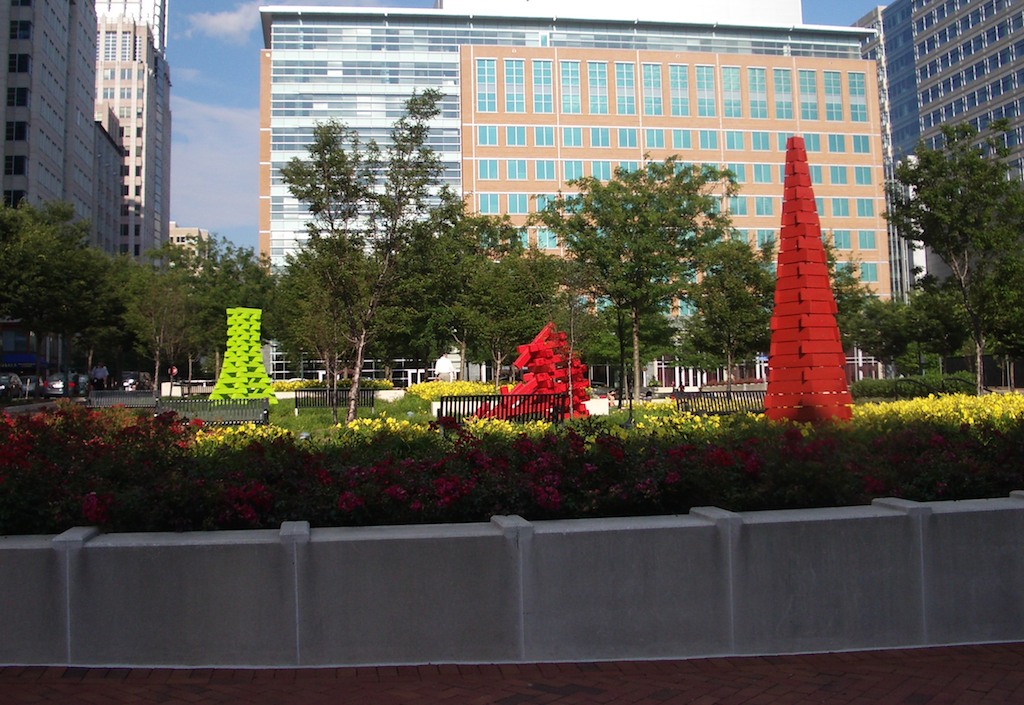 Monument to the Sun and Stars

Monument to the Sun and Stars is one of three sculptures by artist Mike Shaffer that were exhibited in Reston Town Center Square Park for the duration of the exhibition “gaps” at the Greater Reston Arts Center in collaboration with Public Art Reston and Washington Sculptors Group in June and July 2010. Although its outward appearance displays similar playfulness and liveliness as Earthquake and The Way to Be, Monument to the Sun and Stars greatly differs in that it was created with a more somber tone. Developed during an exhibition in Gettysburg where Shaffer reflected on how humans use monuments to honor figures from a specific time and place in history, Shaffer worked from the opposite direction and constructed a spire to honor the cosmos—a system that is timeless and universal.

Monument to the Stars