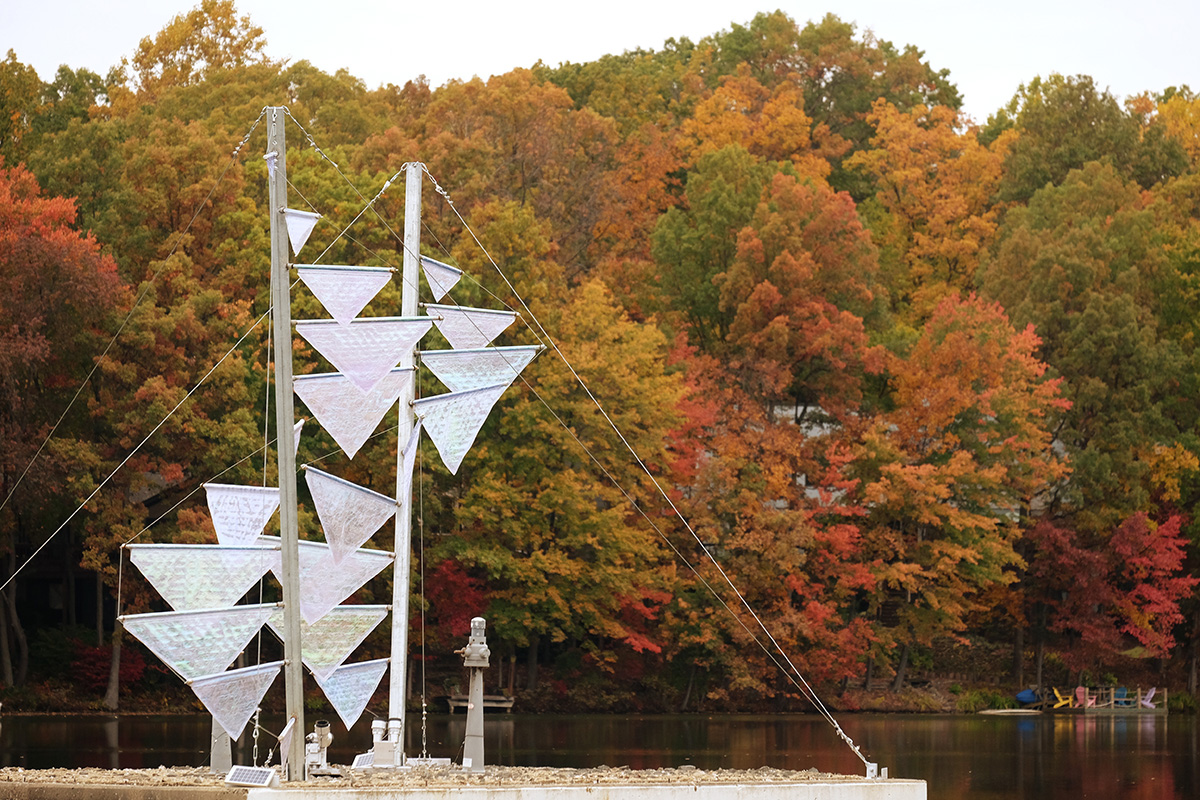 To celebrate the diversity and simultaneous unity of Reston, STEAM Team has created an iridescent double-helix sculpture. The double helix is to represent the idea that we are all made from D.N.A. and are from the same components. In contrast, the iridescence represents the different shades through which people see themselves. As Wislawa Szymborska states in her poem Nothing Twice, “although we’re different (we concur)/ just as two drops of water are.” However, from the distance we are one united shimmering color. The sculpture will act as a prism to illuminate the shades through which we see ourselves. Students presented design concepts to the IPAR Public Art Committee that recommended the helix concept. Sculptor Mary Ann Mears visited the students and provided input in January 2015. The students made two presentations to the RA DRB, the first to present design concept and the second to get approval in April 2015. This project follows the presentation of Pyramid of Light in 2014. This project was realized under the guidance of Marco Rando, South Lakes High School Photo/Art Teacher. Special thanks to James Pan; Mary Ann Mears, sculptor; and John I. Frankhouser III, PE, Principal, ADTEK Engineers, Inc.

Nothing Twice was the second temporary installation for the Lake Thoreau spillway realized by students at South Lakes High School (SLHS) through the STEAM Team after school program.  In 2012, Lake Thoreau resident James Pan approached Reston Association (RA) with the idea of involving SLHS students in transforming the unattractive, concrete spillway platform into a work of art.  RA connected Pan with Public Art Reston who saw an opportunity to create a more enriching learning experience by having students follow the same criteria required to fulfill a professional public art process.  Through the initial financial support of Pan, RA and Public Art Reston partnered to SLHS and art teacher, Marco Rando, to lead the STEAM Team after school program.  Over the course of a school year STEAM Team members gain real world experience in all aspects of the design, development and construction of a public work of art.   Members create design concepts and present them to the Public Art Reston Public Art Committee and the RA Design Review Board for final approval.  The final design is tested for durability and constructed by students at the high school where it is disassembled and then reinstalled on the spillway by RA staff for all community members to engage with over the course of the installation.