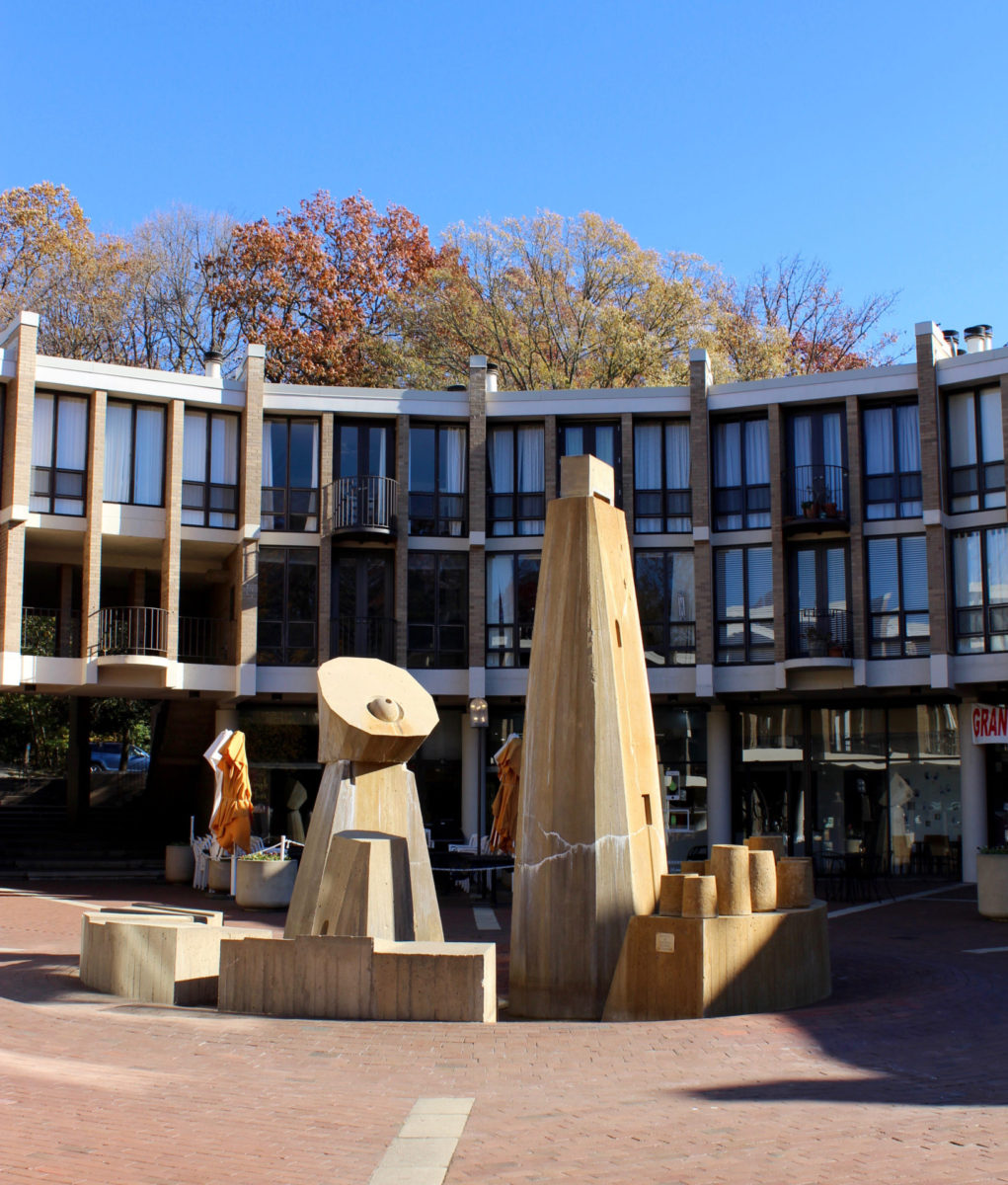 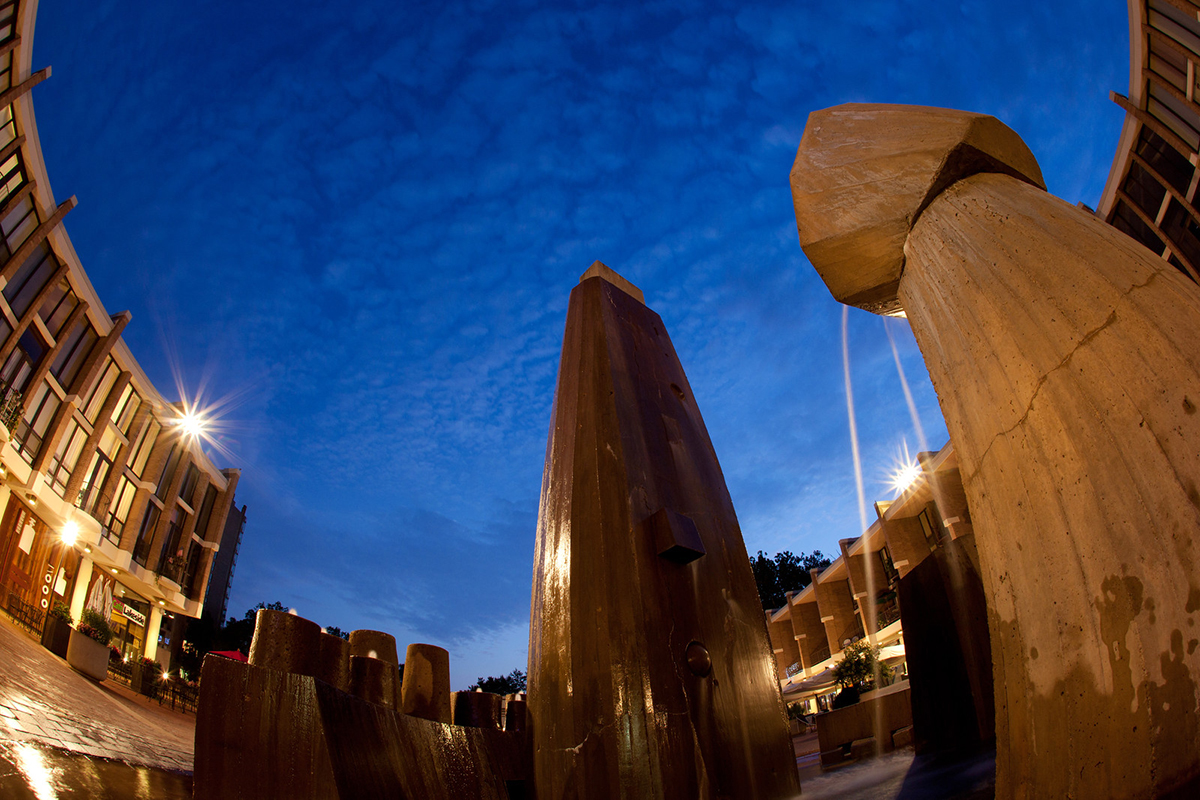 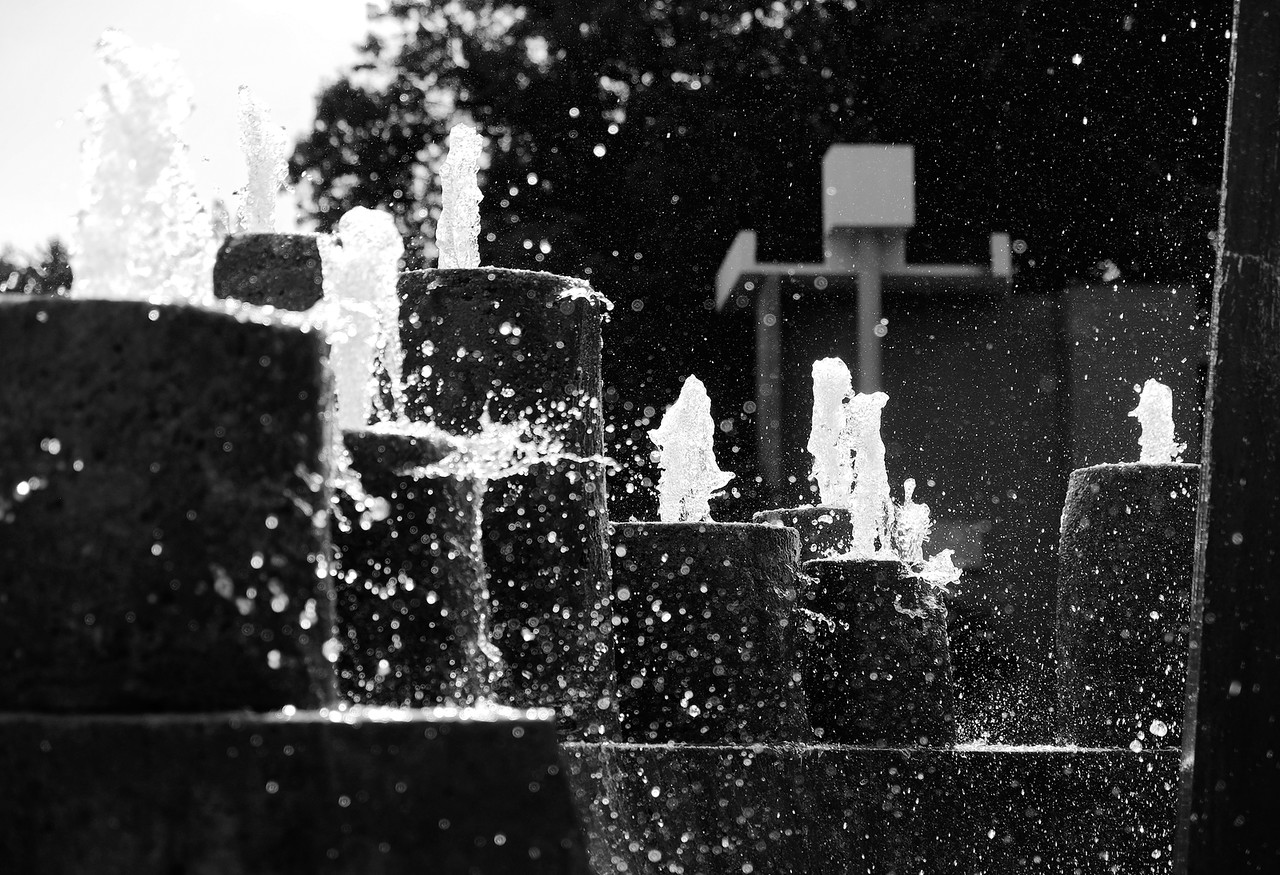 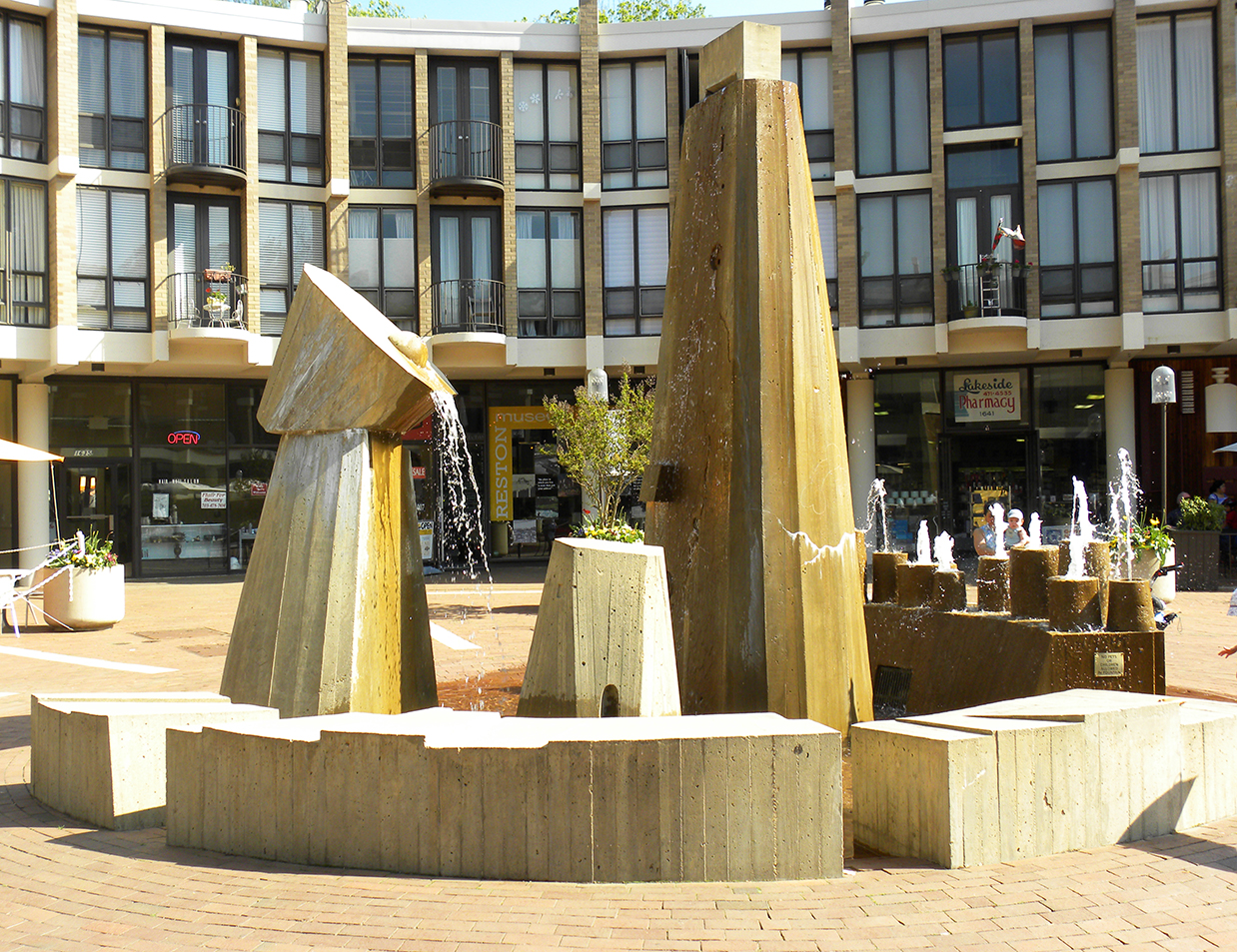 Responding to the crescent shape of the site, the Plaza Fountain is the focal point and gathering place of Lake Anne Village Center. This work is one of several site-specific public sculptures designed by architect, planner and artist James Rossant and delightfully personifies the interactivity that Reston founder Robert E. Simon, Jr. hoped for when creating the master plan for his “New Town” of Reston. Plaza Fountain is composed of a brick surface that swells upward and then dips down to form a shallow basin. Made of the same concrete used in the buildings, this work can be associated with the Brutalist style of architecture popular at mid-century and that favored raw concrete (the name comes from the French “beton brut”) left to reveal the texture of the wood supports used to mold it. The rounded forms of the three central elements conjure a family grouping or a lost city and are enlivened by enigmatic niches and evocative details. Such forms also speak to the artistic kinship of Rossant and his friend and fellow artist Gonzalo Fonseca whom he hired to create many of the other original public sculptures at Lake Anne. According to Rossant’s daughter Juliette, the abstract forms of the fountain were based on sand castles Rossant and Fonseca used to build together during summers at the beach in New York.  In the film, “Fun, Beauty, Fantasy: Reston’s Public Art”, Ms. Rossant describes the two fathers outdoing each other in friendly sand contests when they would make, “these elaborate sand castles that sometimes resembled Mayan ruins or Mycenaean fortresses.” Both artists were inspired by their foreign travels and interest in archaeology, which they translated into a modernist and universal language of form.

Owned by Lake Anne of Reston, a Condominium