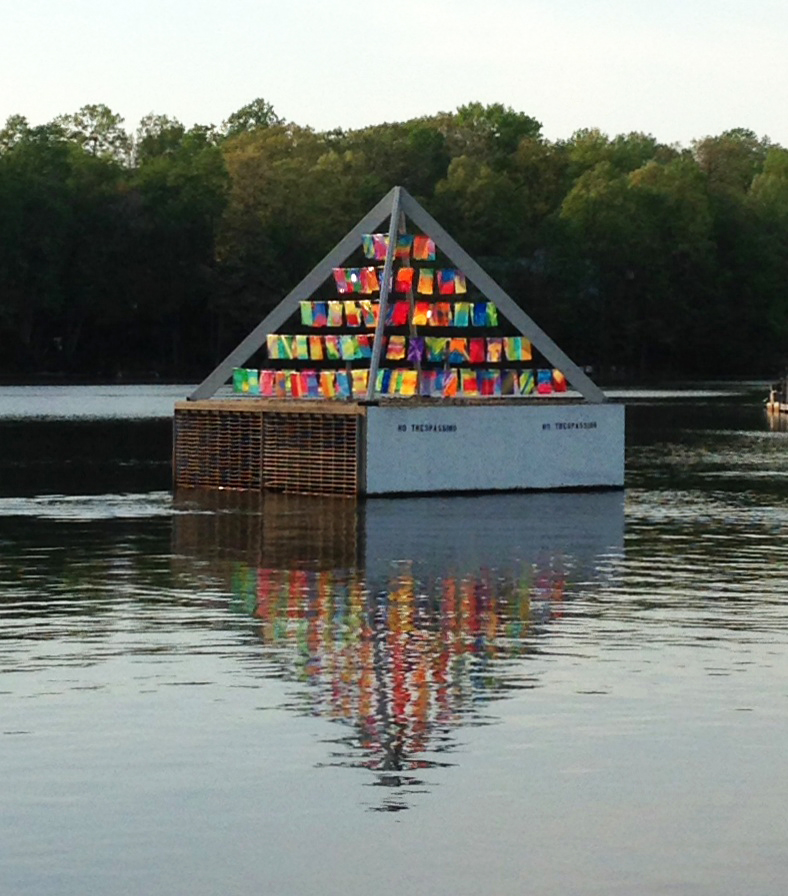 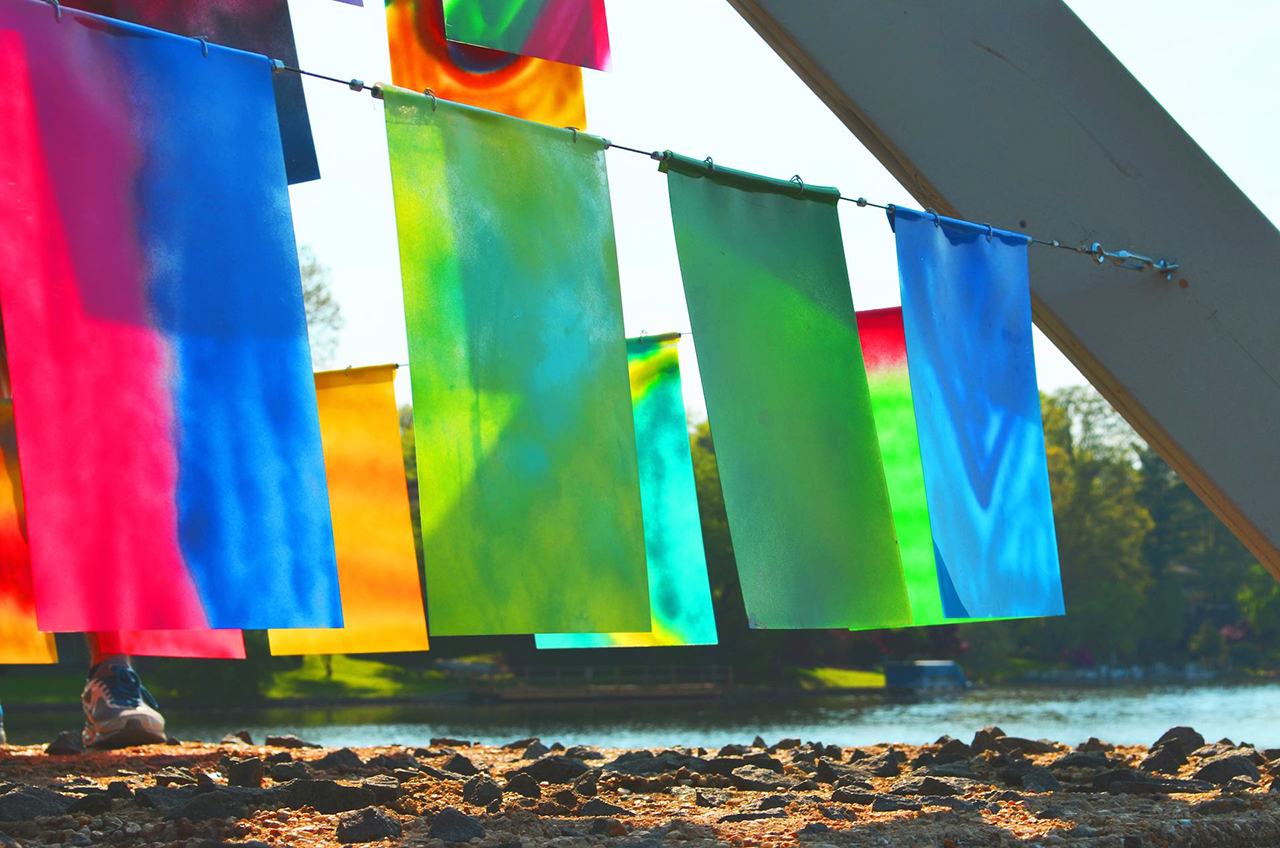 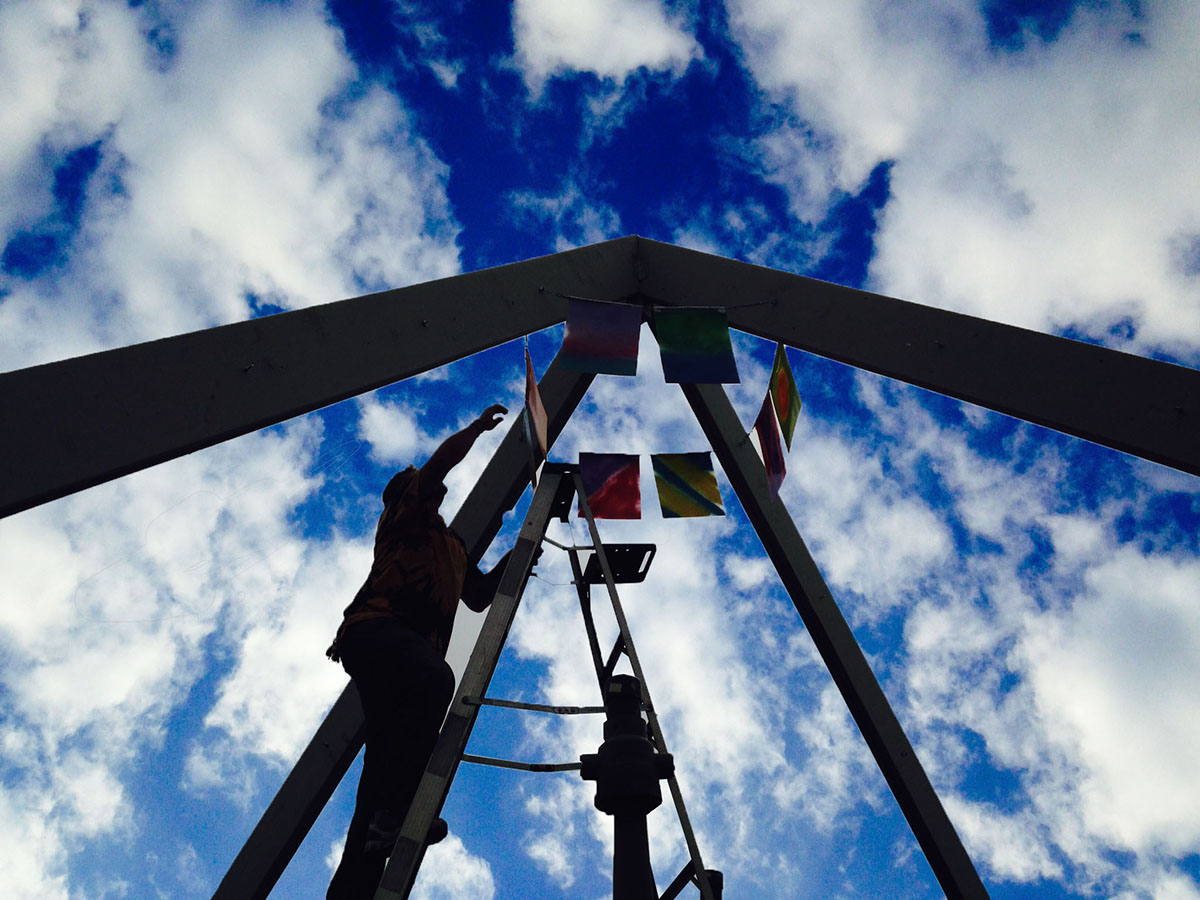 opens in a new windowslhs-arthappening.tumblr.com

The process involved the design concept, as well as, the formal aspect of presenting and receiving approval from the Reston Association Design and Review Board (DRB) and the Public Art Reston Public Art Committee. The kinetic sculpture was first fabricated by students in the school parking lot to formalize the engineering process. It was then deconstructed and given to RA construction staff to reconstruct on the concrete spillway of Lake Thoreau. The project was unveiled on Thursday, May 8, 2014 and was up until the end of August 2014.

Pyramid of Light was the first temporary installation for the Lake Thoreau spillway realized by students at South Lakes High School (SLHS) through the STEAM Team after school program. In 2012, Lake Thoreau resident James Pan approached Reston Association (RA) with the idea of involving SLHS students in transforming the unattractive, concrete spillway platform into a work of art. RA connected Pan with Public Art Reston who saw an opportunity to create a more enriching learning experience by having students follow the same criteria required to fulfill a professional public art process. Through the initial financial support of Pan, RA and Public Art Reston partnered to SLHS and art teacher, Marco Rando, to lead the STEAM Team after school program. Over the course of a school year STEAM Team members gain real world experience in all aspects of the design, development and construction of a public work of art. Members create design concepts and present them to the Public Art Reston Public Art Committee and the RA Design Review Board for final approval. The final design is tested for durability and constructed by students at the high school where it is disassembled and then reinstalled on the spillway by RA staff for all community members to engage with over the course of the installation.