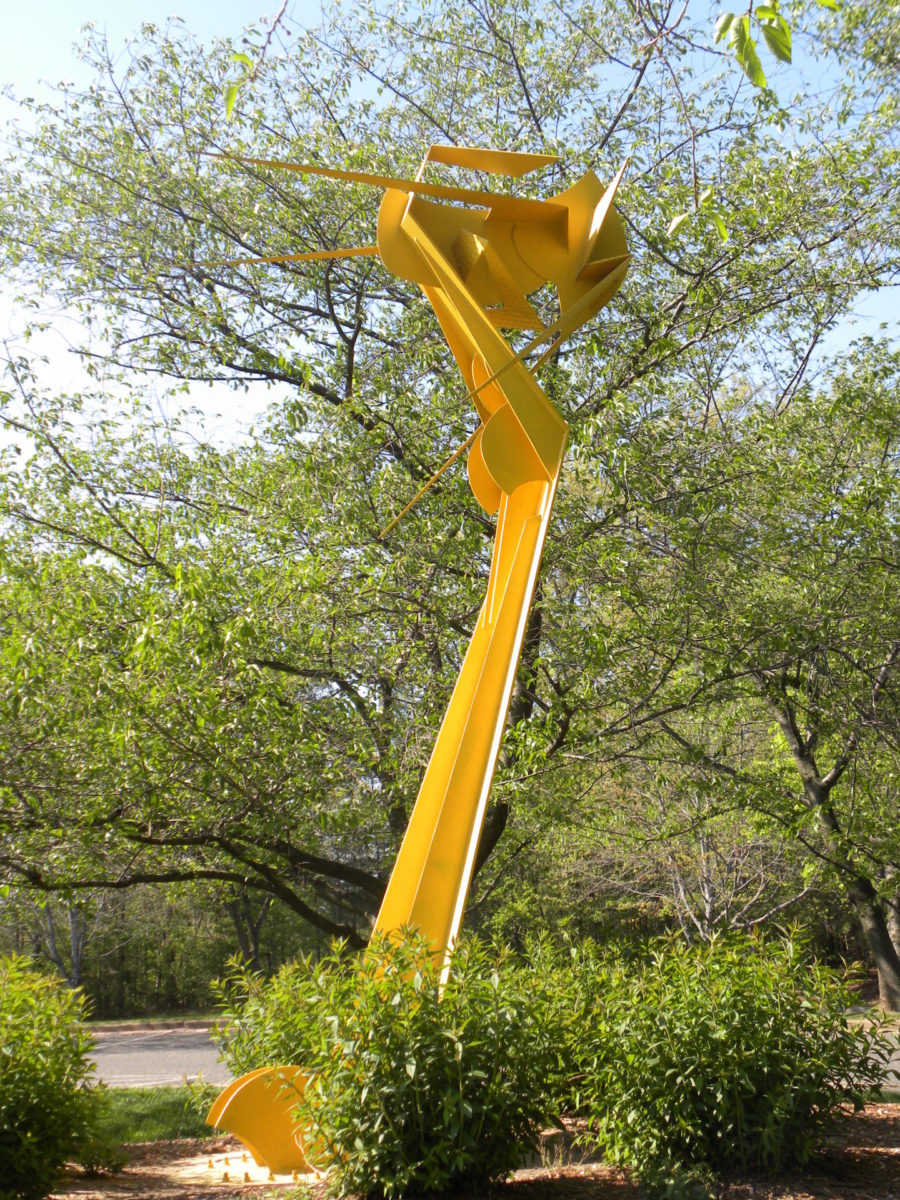 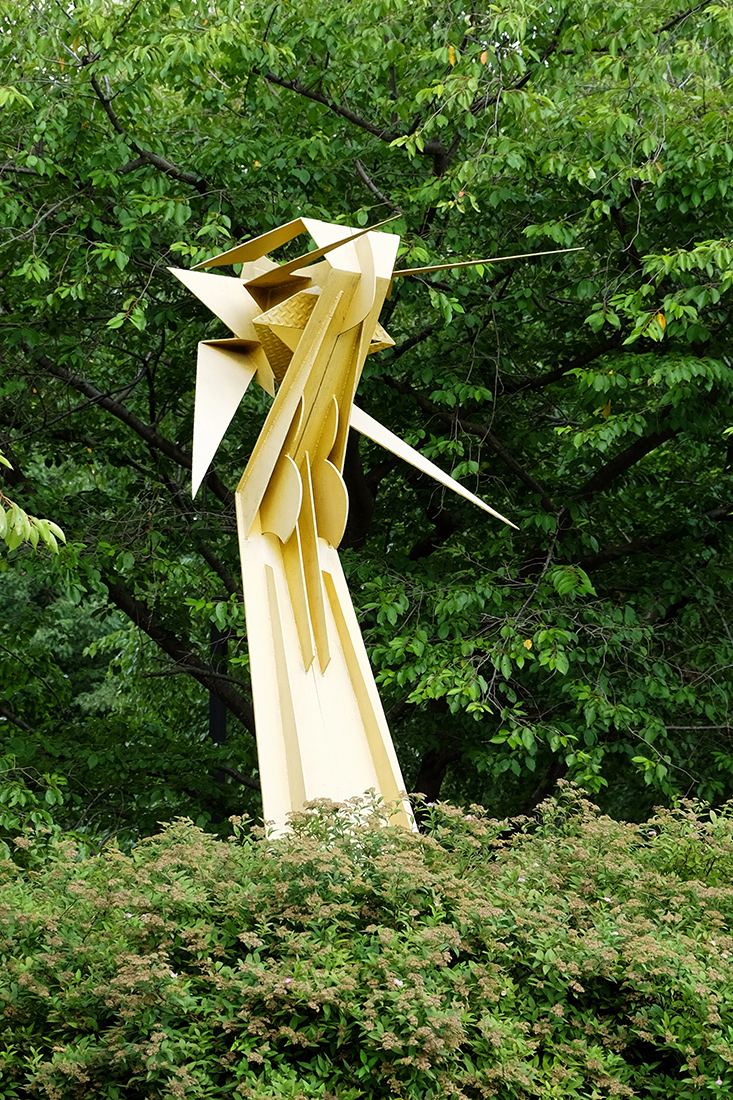 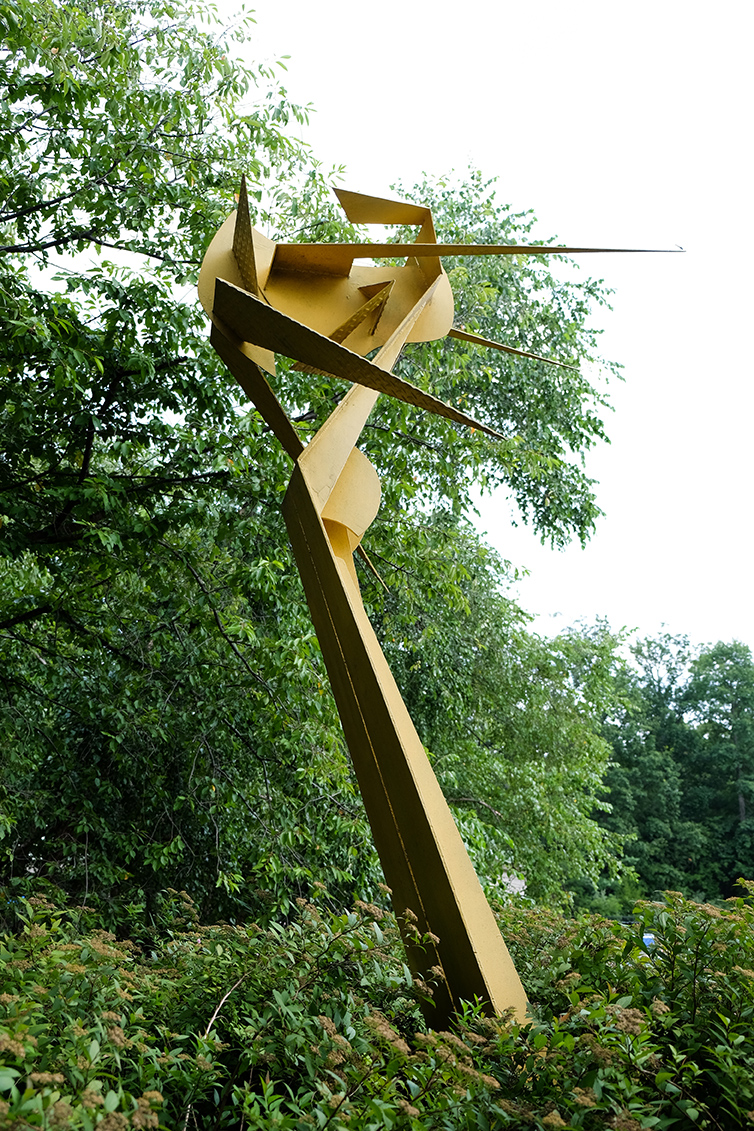 Restosauria, which translates to “Restonian Creature”, is a welded-steel sculpture created by artist John Parker in 1990. The dinosaur-esque name was inspired by the size and mass of the piece: approximately twelve feet high and three thousand pounds. Restosauria, along with a similar sculpture called Cadmiosaur, was constructed while Parker was an artist-in-residence in Reston. He used the patio at South Lakes High School as his studio and encouraged students to view his process, ask questions, and work with him as he moved from concept models to fabricating the pieces out of massive steel plates. Restosauria was unveiled at a ceremony on June 9, 1990 and was placed on indefinite loan until the Reston Association decided to purchase the piece as a permanent installation at the Lake Newport Pool. With the support of the community and private funds, Reston Association was able to purchase the work for $6000, and Restosauria became the town’s first community acquisition of public art. A video about the artist residency was supported through a grant from the Arts Council of Fairfax County.