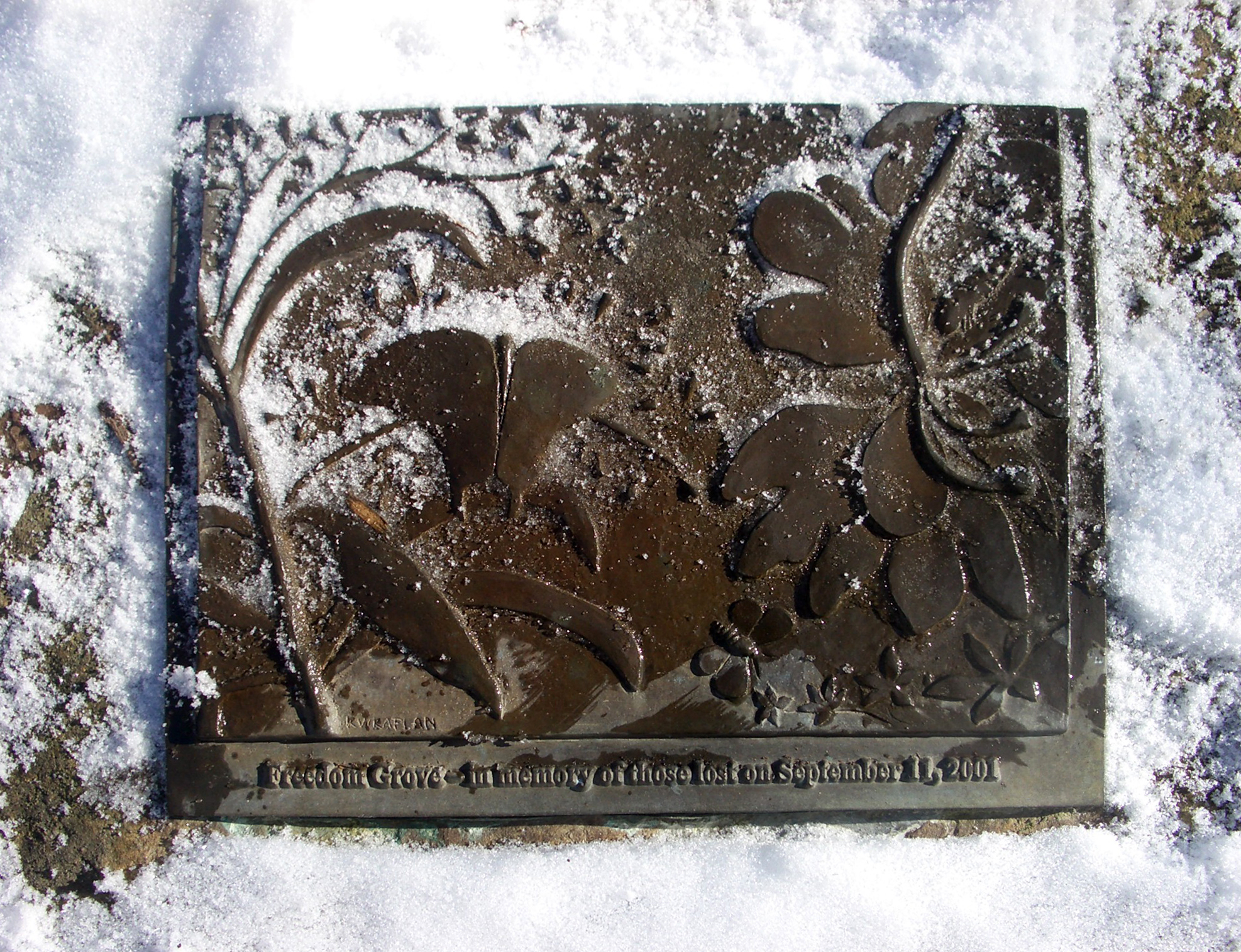 opens in a new windowwww.kathywaldenkaplan.blogspot.com

On September 11, 2001, Reston residents Leonard Taylor and Norma Cruz Kahn were passengers on American Airlines Flight 77 when it was crashed into the Pentagon. The Reston community felt there was great need for a public space to remember, respect, and memorialize Taylor, Kahn, and the thousands of other victims of the 9/11 attacks. Therefore, the Reston Association commissioned the project and set up a special committee to design the imagery and language to be included alongside artist Kathy Walden Kaplan’s bronze sculptural reliefs. Kaplan worked for three and a half months to complete the sculpture, which is presently attached to a large stone in a peaceful garden setting at the Freedom Grove at Brown’s Chapel.