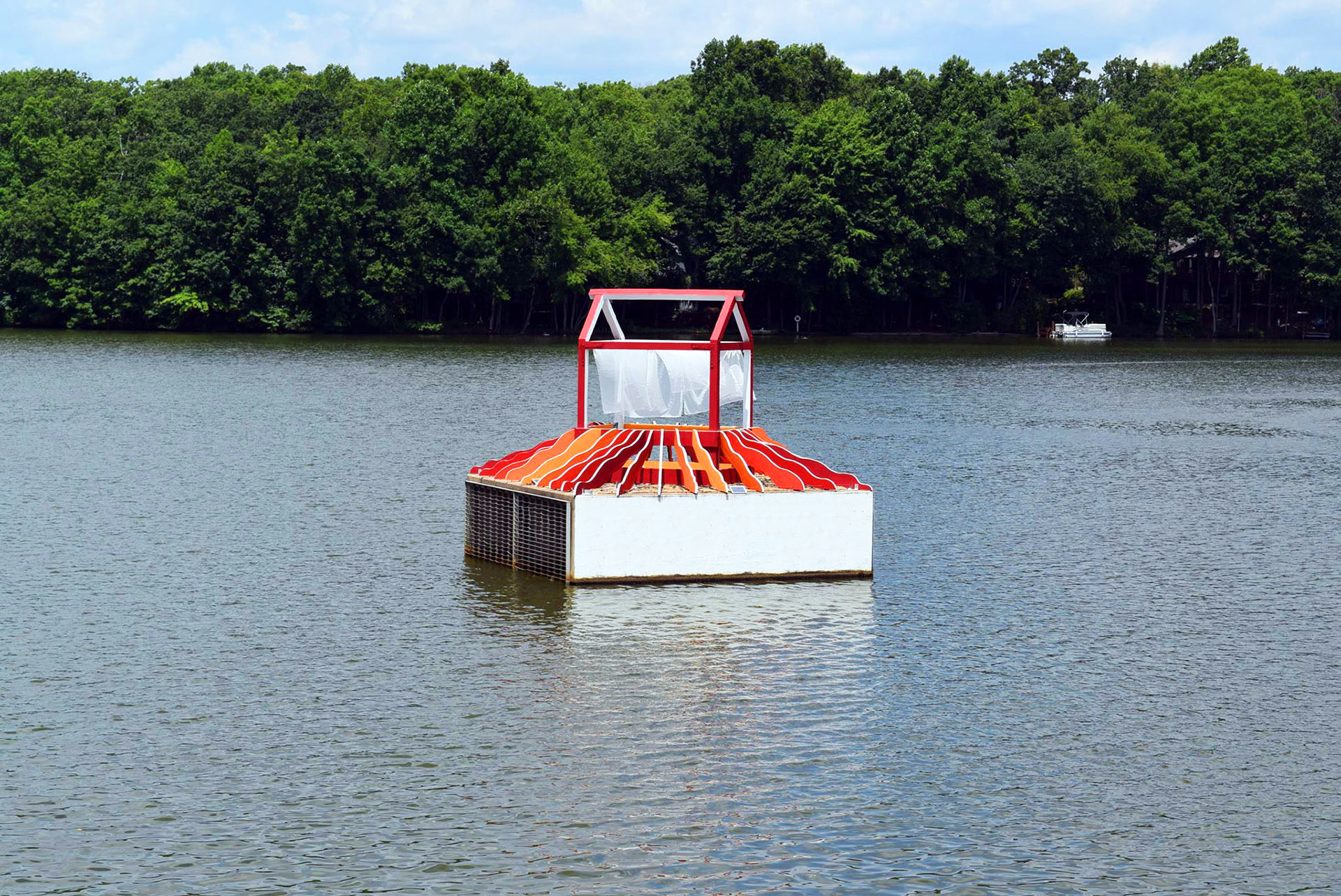 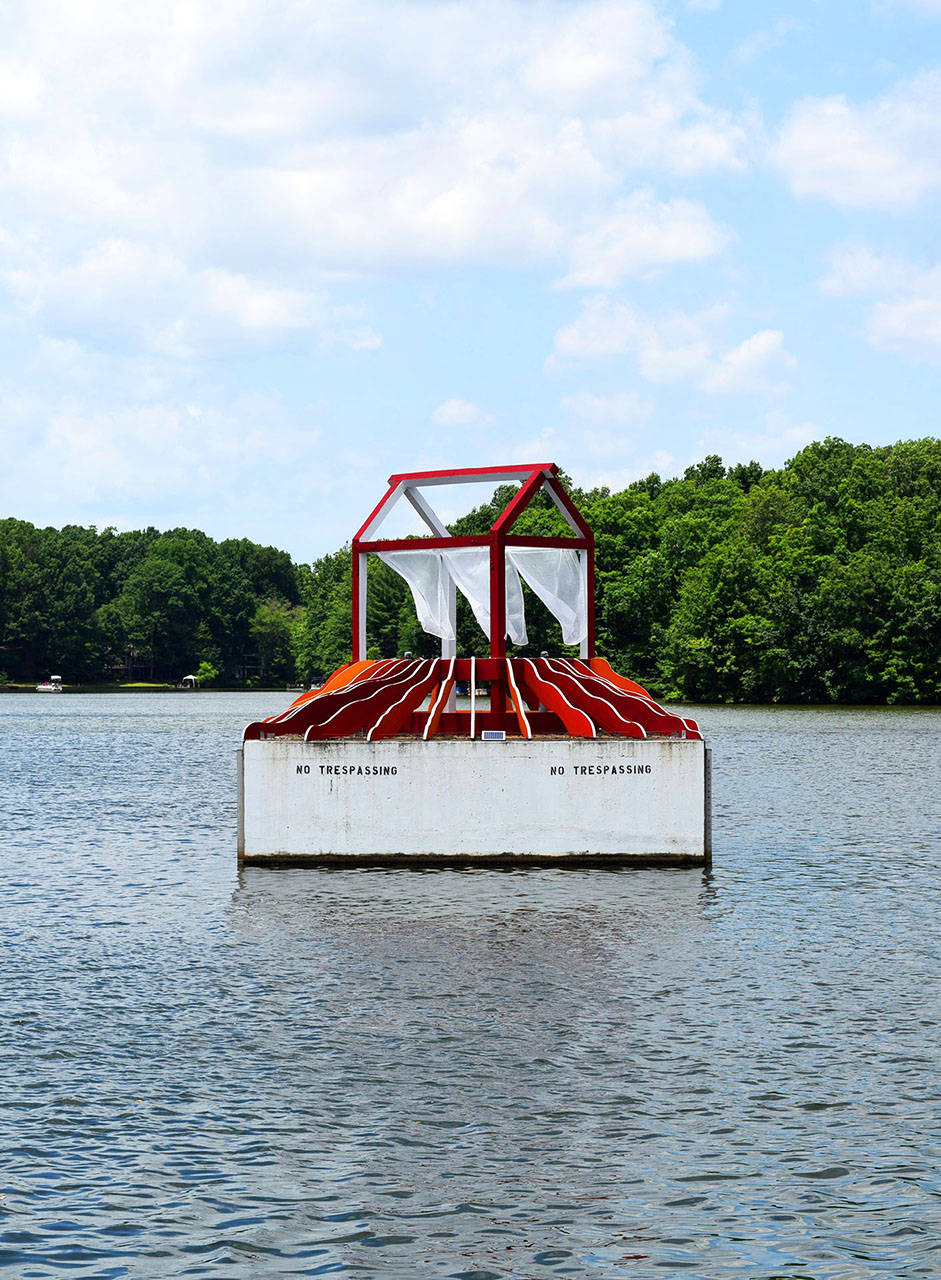 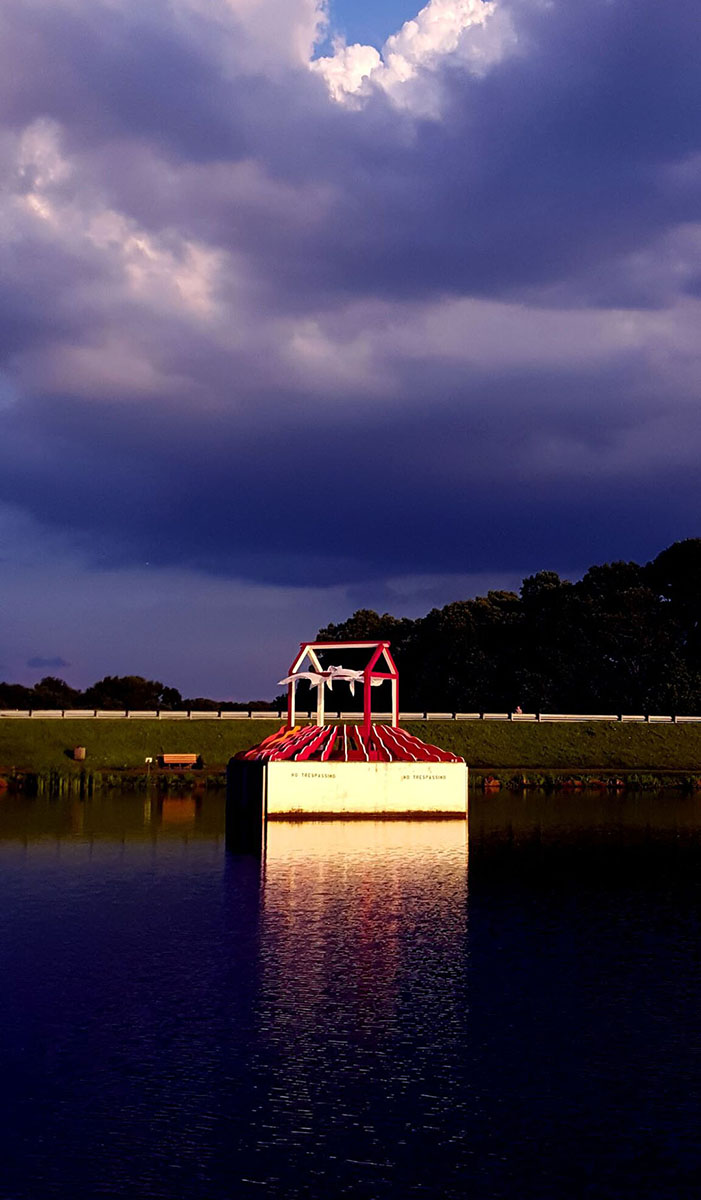 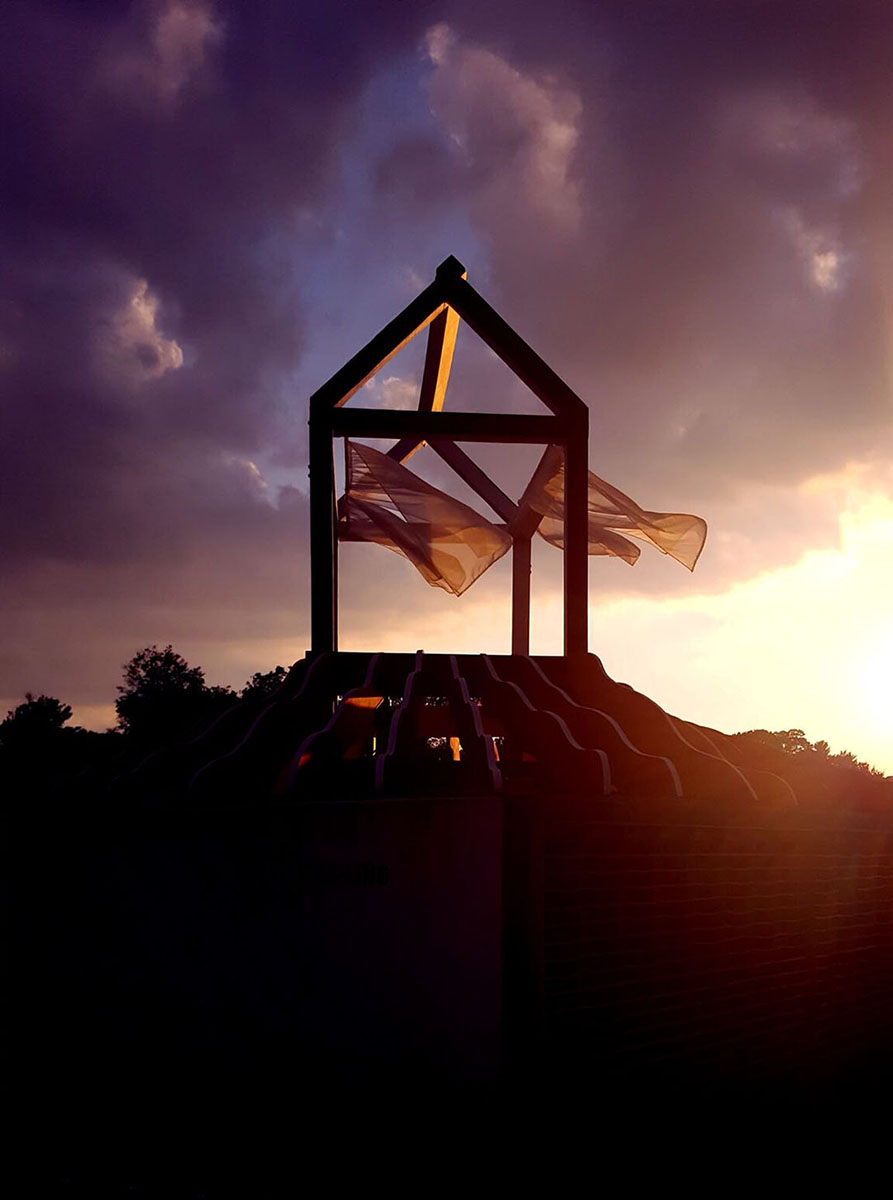 Inspired by Robert E. Simon’s Seven Principles of Community, Simon shows that beauty, both structural and natural, is a necessity of a good life and should be fostered. The house structure represents how the hospitality of Reston draws people into the community, its warm colors creating an inviting atmosphere, and the curtain + window illustrating Reston’s welcoming nature. Reston is our home, and the house serves as a representation of such. The pieces radiating out from the house express an organic shape that changes the way the structure is viewed to communicate something that is less industrial and more attune to nature and the form it takes, like roots of a tree. The gradient emphasizes the diversity of the people within our community, who come from many different walks of life but still intend to be part of one single entity. The white accents draw the eye towards the structure and represent the bright impression of the inside view. From the initial conception to the present, the combination of both organic and geometric structure has been a consistent part of the sculpture.

Project History:
Simon was the third temporary installation for the Lake Thoreau spillway realized by students at South Lakes High School (SLHS) through the STEAM Team after school program. In 2012, Lake Thoreau resident James Pan approached Reston Association (RA) with the idea of involving SLHS students in transforming the unattractive, concrete spillway platform into a work of art. RA connected Pan with Public Art Reston who saw an opportunity to create a more enriching learning experience by having students follow the same criteria required to fulfill a professional public art process. Through the initial financial support of Pan, RA and Public Art Reston partnered to SLHS and art teacher, Marco Rando, to lead the STEAM Team after school program. Over the course of a school year STEAM Team members gain real world experience in all aspects of the design, development and construction of a public work of art. Members create design concepts and present them to the Public Art Reston Public Art Committee and the RA Design Review Board for final approval. The final design is tested for durability and constructed by students at the high school where it is disassembled and then reinstalled on the spillway by RA staff for all community members to engage with over the course of the installation.