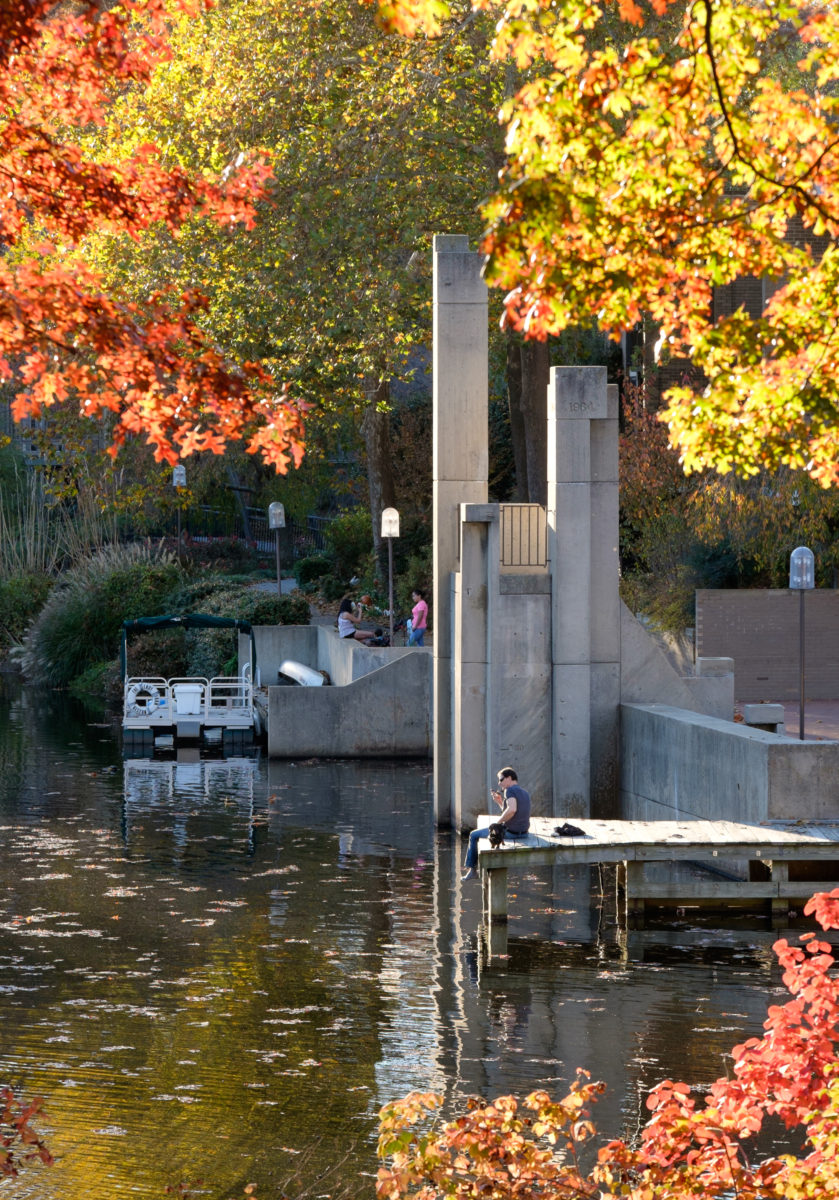 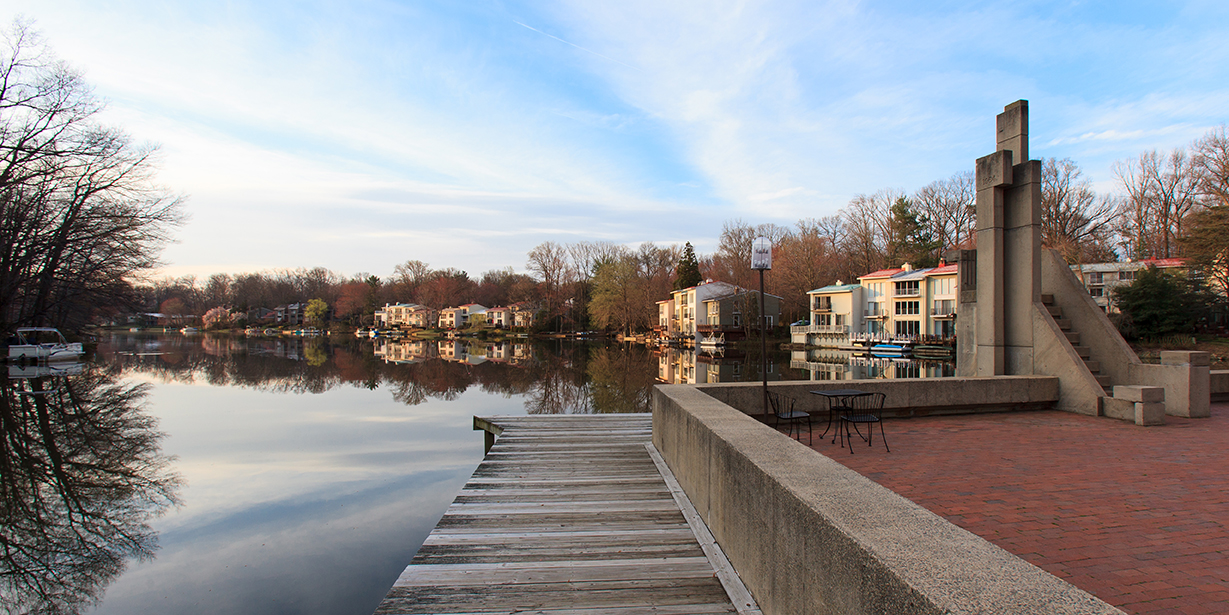 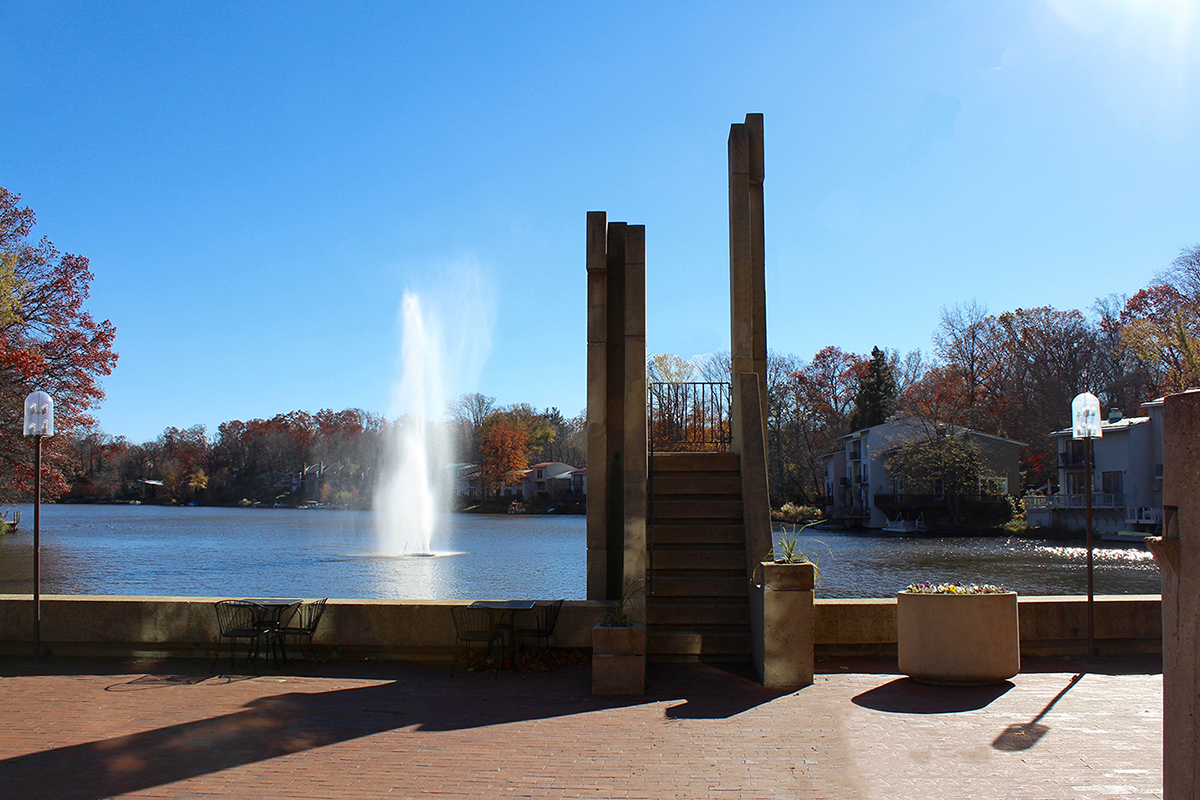 The Lookout Tower was an unplanned, architectural sculpture (like The Pulpit) created by renowned architect, urban planner and artist James Rossant to test the water level of the lake.  Coupled with Sun Boat, these imaginative constructions become companion pieces that turn the site into an interactive play space animated by horizontal and vertical platforms for taking in differing views of the lake.  Rossant and Fonseca fulfilled the goals of Reston founder, Robert E. Simon, Jr., to provide visual delight for residents in their daily lives.  Rossant referred to the Lookout Tower as the “moon-viewing platform” acknowledging its theatrical role.  The forms also mirror the abstract, vertical elements of Heron House and realized in a similar modernist language.