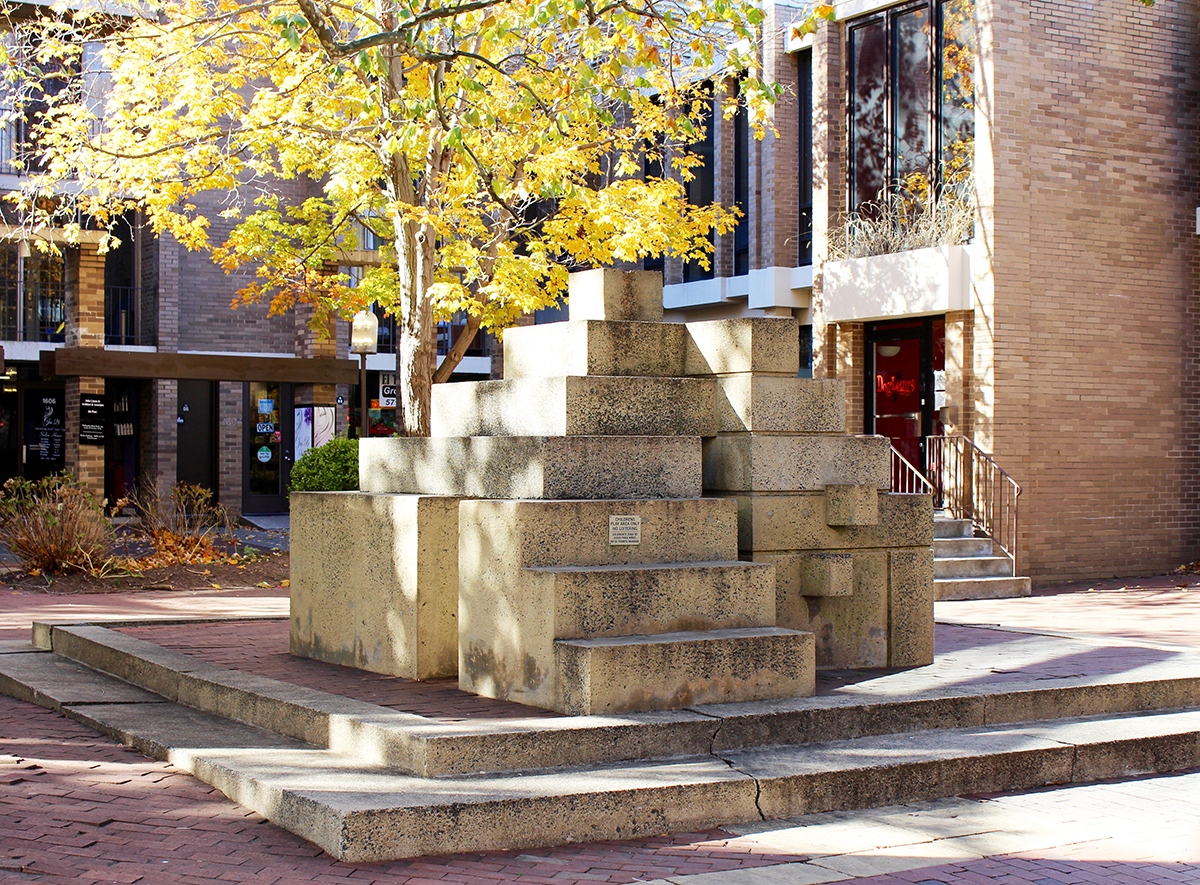 Pyramid, by world-renowned architect and planner James Rossant, is a site-specific, architectural sculpture intended for both aesthetic and playful encounters. It is made of molded concrete poured onsite and seamlessly integrated with the structural elements of the surrounding architecture in a holistic, mid-century modern language of abstract form. This concrete structure was designed by James Rossant for Lake Anne Village Center in 1965. It is a child-scaled seven feet tall, one foot per step, and is an integral part of the Village’s playground structure. Though it can be enjoyed by all from the outside, the inside of the pyramid is only comfortably accessible by those who can fit within its confines. As such, it has become a focal point for children. From the outside, the Pyramid’s strong horizontal and vertical lines reflect the rectangular forms of Reston’s earliest architecture. From the inside, light slits illuminate the hollowed space and provide children with a drinking fountain and shade for refreshment. Since its creation, Pyramid has proved to be the most popular single sculpture for children in the Village Center.