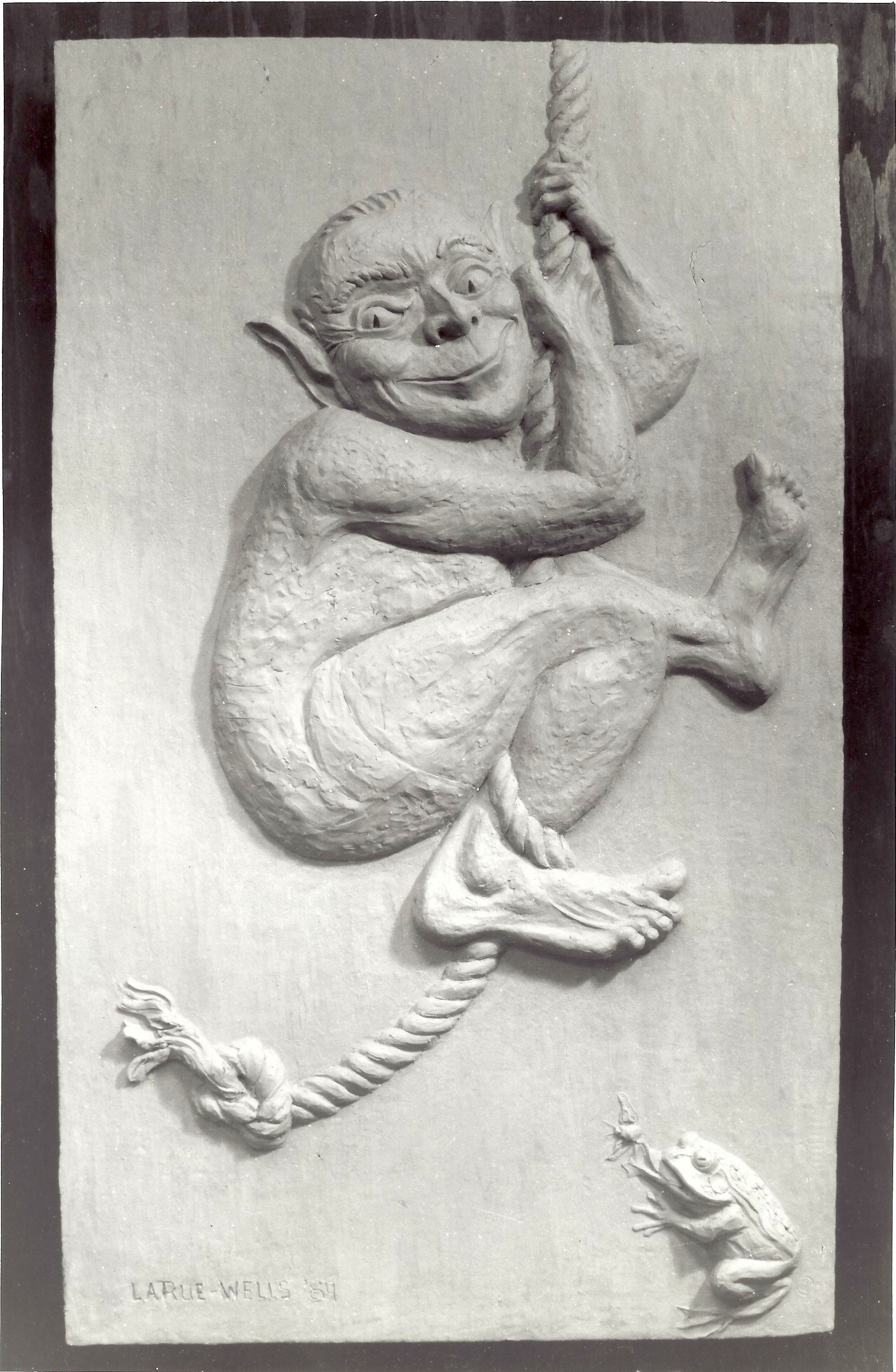 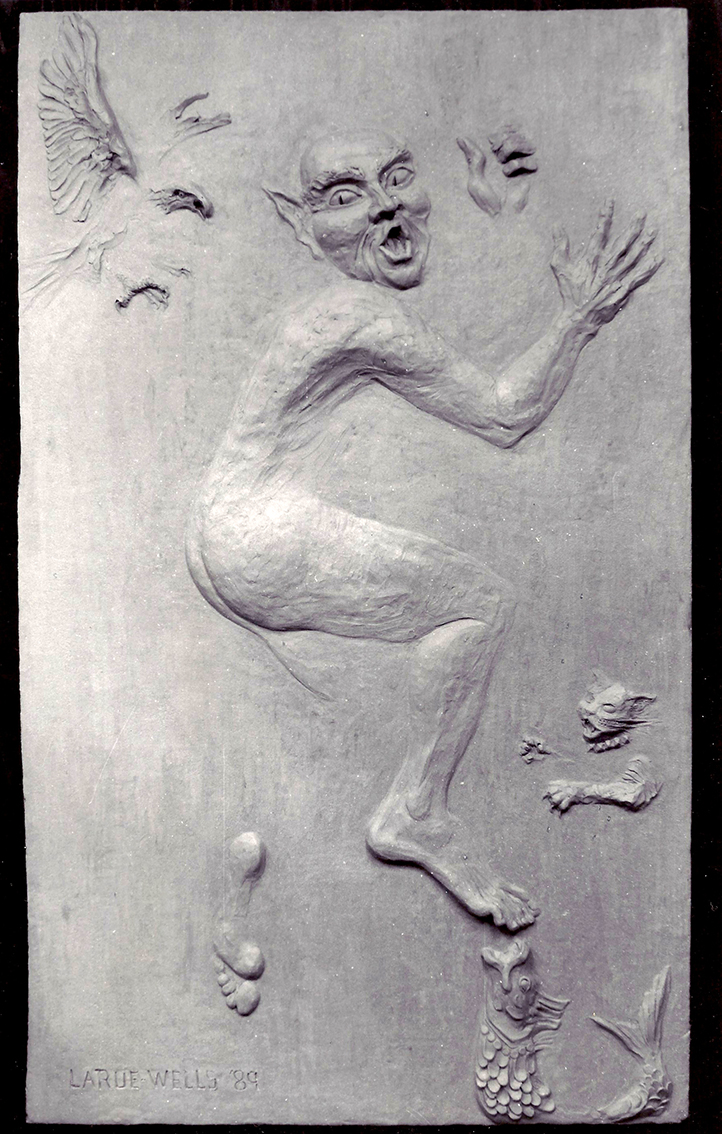 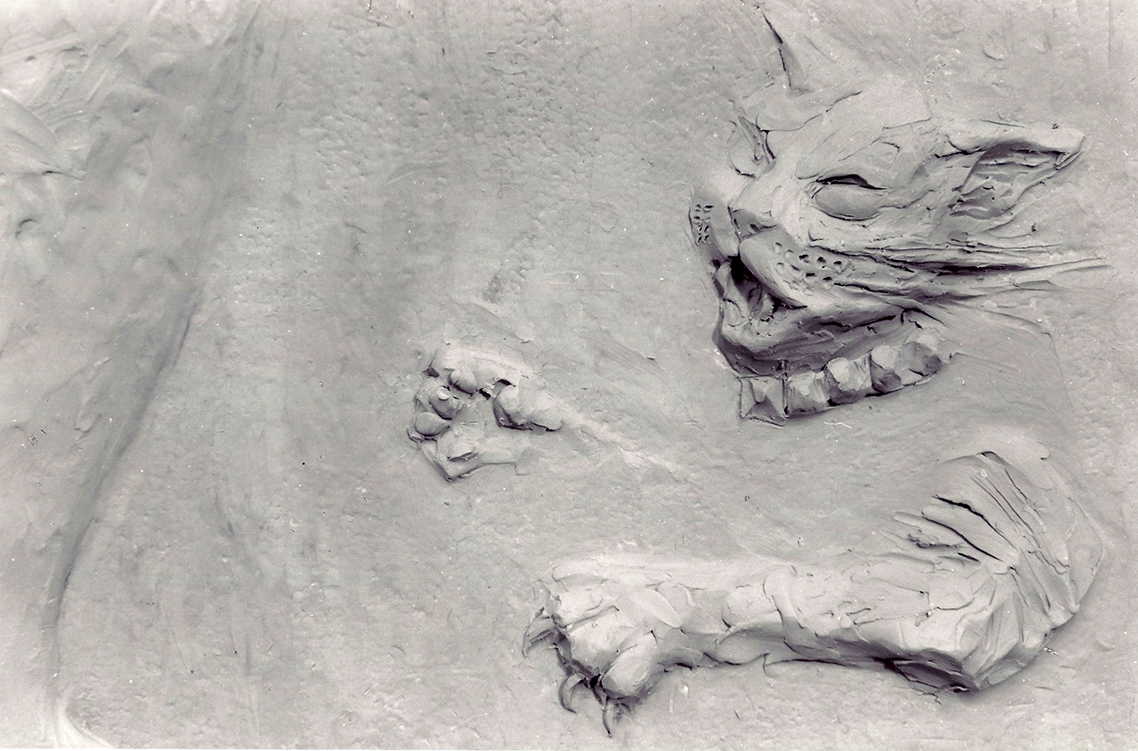 These two whimsical and endearing relief panels were created by artist Mary LaRue Wells to animate the lower walls located under a small footbridge near an affordable housing complex in Reston Town Center. For the faces of the trolls, the artist used the likenesses of two well-known Fairfax County public figures who were integral to the early development of public art in Reston.  The troll on the rope swing captures the visage of Walter Webdale, former head of the Fairfax County Housing Authority and former president of AHC Housing in Arlington, Virginia, who commissioned this work as a way to add amusement to a utilitarian footbridge.  Little did he know that the artwork would become a lasting representation of his caricatured likeness. The face of the troll opposite is modeled after the late Jack Herrity, former chairman of the Fairfax County Board of Supervisors, and a pivotal figure in the transition of the county from bedroom community to economic center. Additionally, these trolls are a central connection between the children of Reston, the community, and the town itself. Ann Erickson, a former art teacher at Armstrong Elementary School, adopted these trolls in order to get her third grade students more interested in the public art around Reston. Her small gesture became a town-wide initiative involving other elementary schools, parents, and Reston-based organizations to celebrate and maintain the sculptures and the surrounding area.