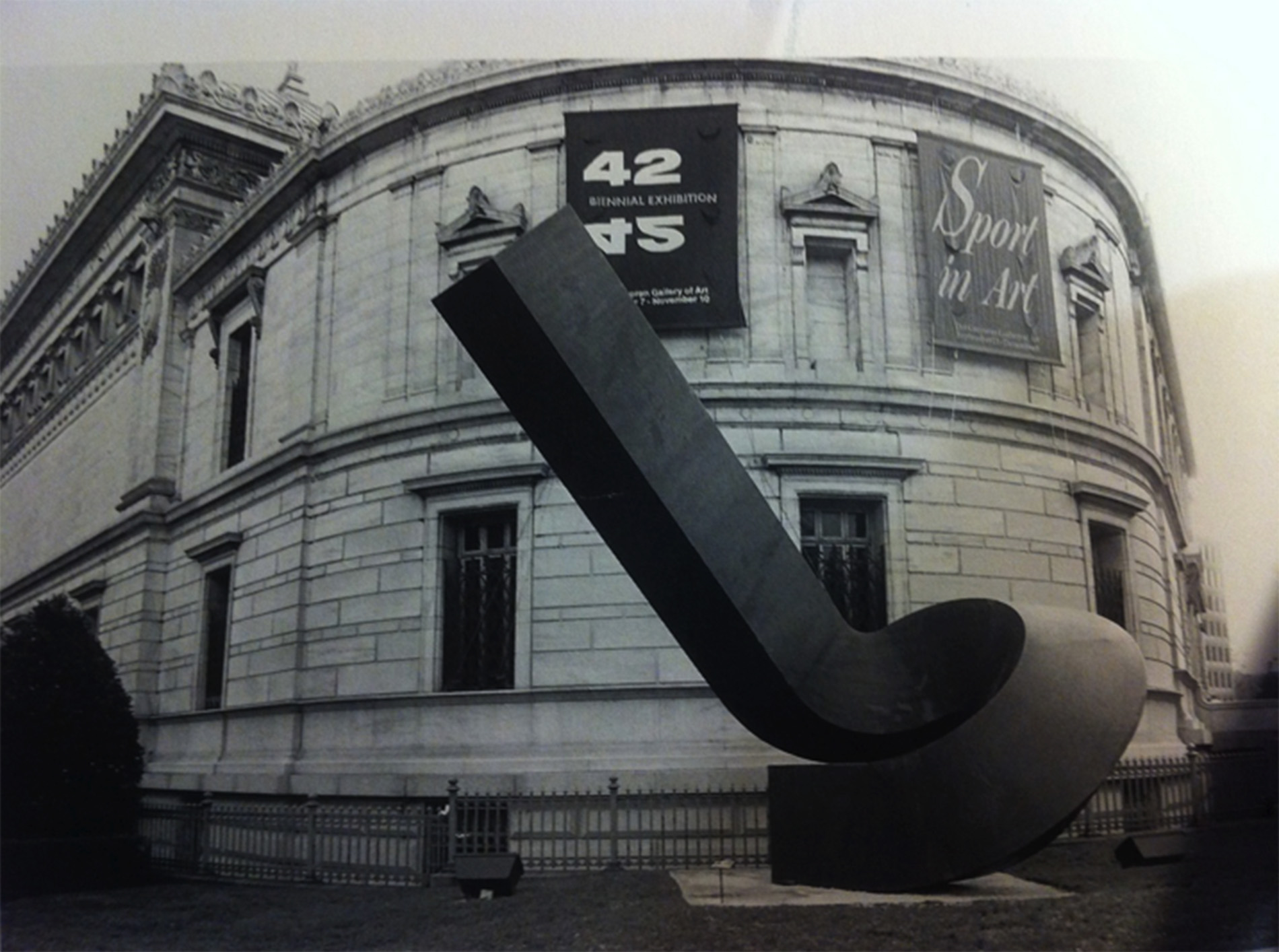 Commissioned by The Mason Hirst Companies in 1979 as a way of bringing more commerce and attention to the Lake Fairfax Business Center, Clement Meadmore’s monumental sculpture resided in Reston for 10 years. After The Mason Hirst Companies sold its property, the sculpture went on loan to the Corcoran Gallery of Art for three years. Meadmore’s sculpture takes a rectangular prism shape—a rather rigid form—and bends it into itself in unexpected ways, creating an abstract piece with a heavy focus on geometric and minimalist influences. Upstart II is a sister piece of Upstart, a part of the Putnam Sculpture Collection at Princeton University.

The artwork has since been moved by the owner.