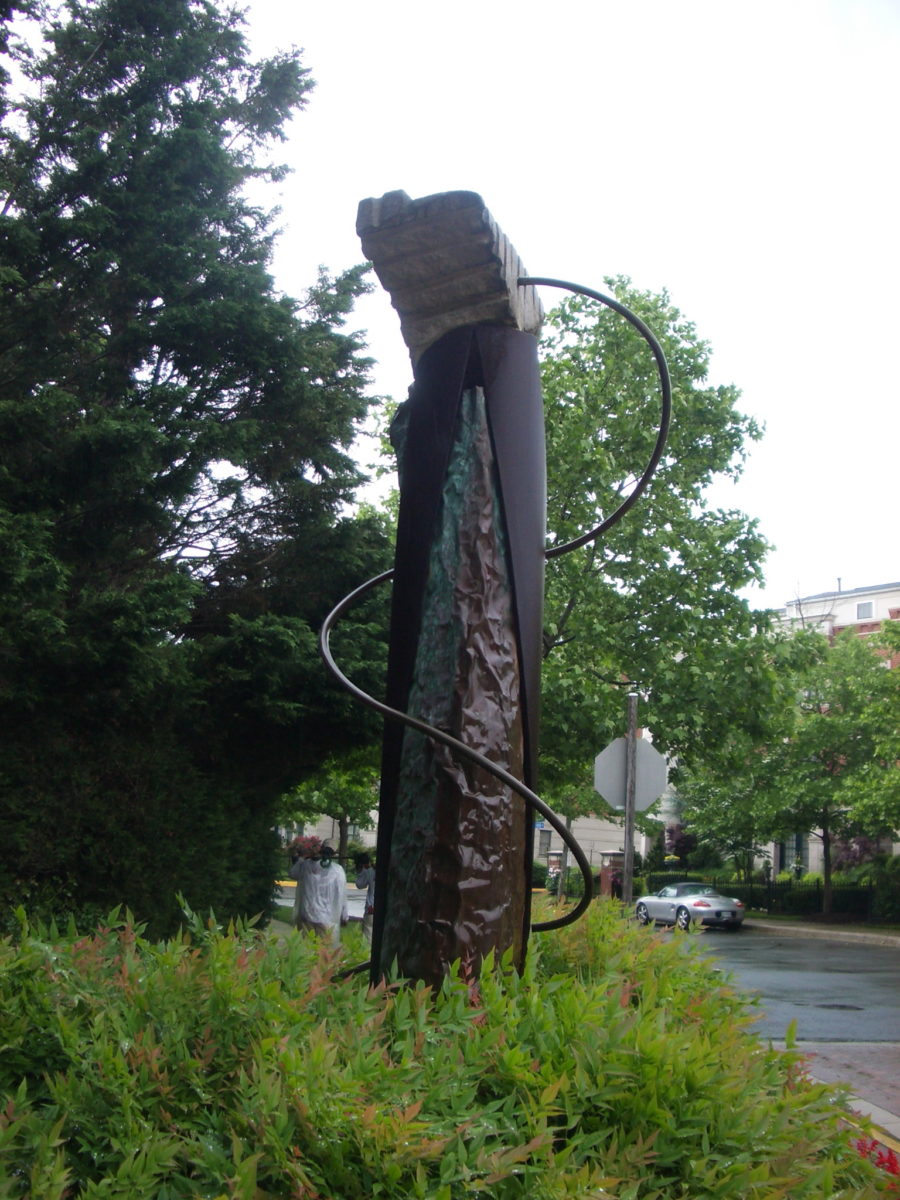 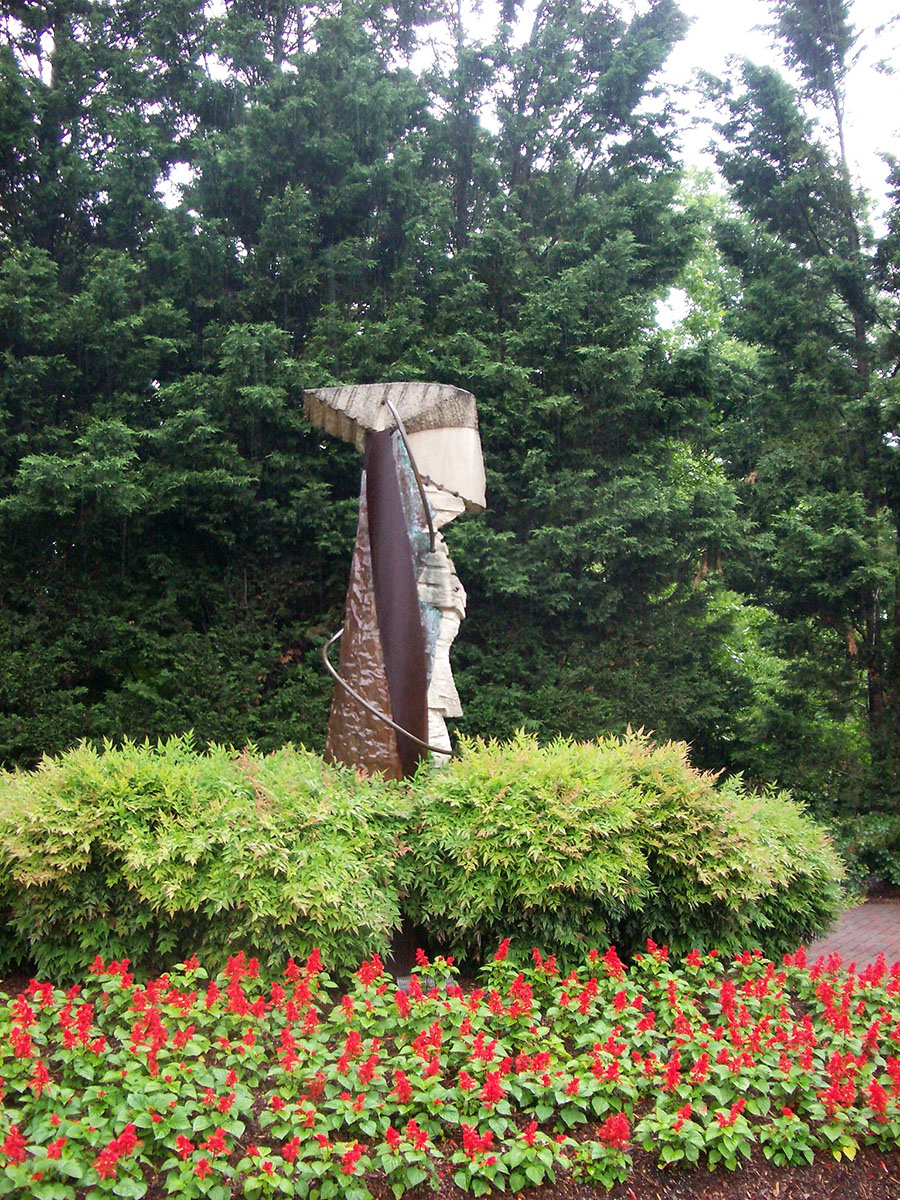 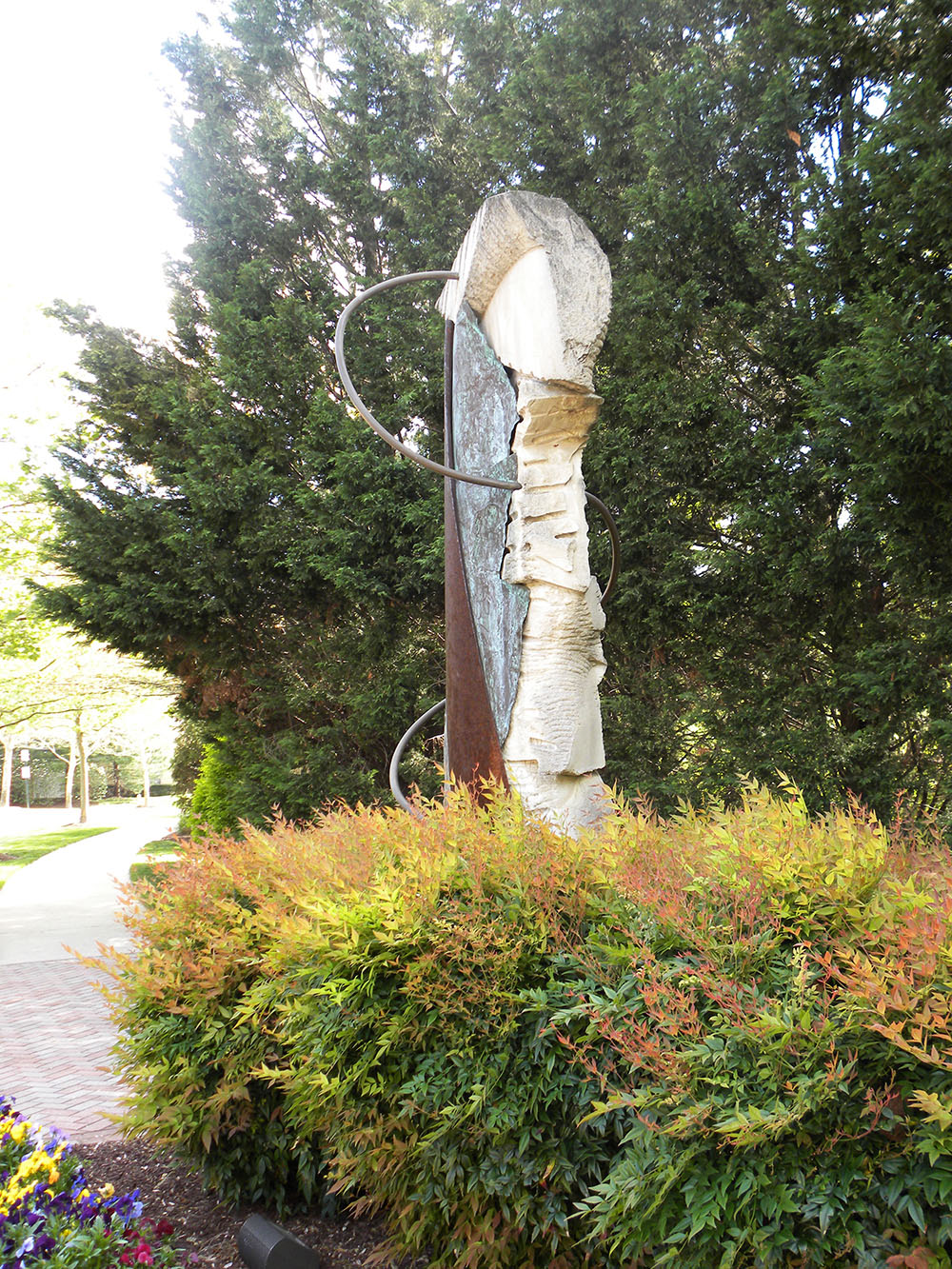 Wakan is a two-ton, ten-foot tall sculpture representing the Lakota Sioux Indians from North and South Dakotas. The word “Wakan” is a Lakota Sioux word meaning “of the Great Spirit” and symbolizes the strength and tenacity of the Sioux people.  After years of studying on the Lakota Sioux reservation, Native-American artist Richard Lew created this modern abstracted totem as a culmination of twenty years of exploration, experimentation, and continuous work on his beloved heritage. Additionally, the Indiana limestone used for the sculpture comes from the same limestone quarry used for the National Cathedral in Washington, DC, linking Reston with the nation’s capital.